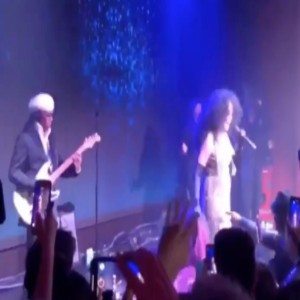 One thing we’re not going to do is tolerate any harm or disrespect towards the Queen Diana Ross. During one of of her shows, a fan got a little too comfort and inappropriately touched Diana Ross while she was performing.

When Ms. Ross rebuked the over zealous fan, he became even disrespectful by flipping her off in response. Rightly so, the fan ended up getting kicked out of the show.

Nicki Minaj Meets With Fendi Execs For A Meeting And Word Is Nicki Has A Fendi Collaboration In The Works [PHOTOS]
Fetty Luciano ft. Casanova – “What We Doin'” [VIDEO]