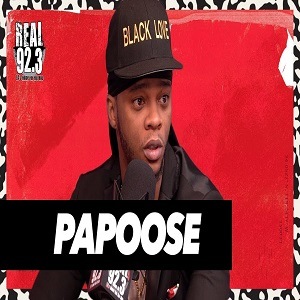 Imagining Papoose as a reality TV star and all over daytime TV, a decade ago, was impossible. Back then, fans were still waiting for Pap to drop his debut album. By the time it actually came, Papoose saw his album come and go.

During that span of time, Papoose told Hip-HopVibe.com all about finally releasing The Nacirema Dream. But, he returned to the mixtape scene, and then Remy Ma was released from prison. Since then, Pap has become a fixture on “Love & Hip Hop.”

Papoose visited Real 92.3, sitting down with DJ Hed and Bootleg Kev. It was a conversation about life and music, as he spoke on Remy Ma giving birth to The Golden Child. On the music, he discussed Underrated, his upcoming album, his 2000s mixtape run, and more.