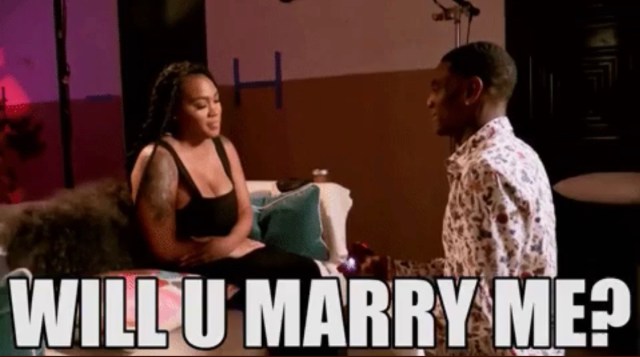 Well, that was fast. Nia Riley took to twitter to let all of her fans know that and and Soulja Boy are NOT engaged, despite her accepting his proposal on the new episode of ‘Marriage Boot Camp.’

“I’m not engaged. Obviously. 😂 I don’t even know where to start…”

Nia says that she is “excited af to be in a happy healthy relationship” with someone new.

The episodes are filmed months in advance, but fans wondered why she would even accept his proposal when he treated her badly the entire time they were on the show. 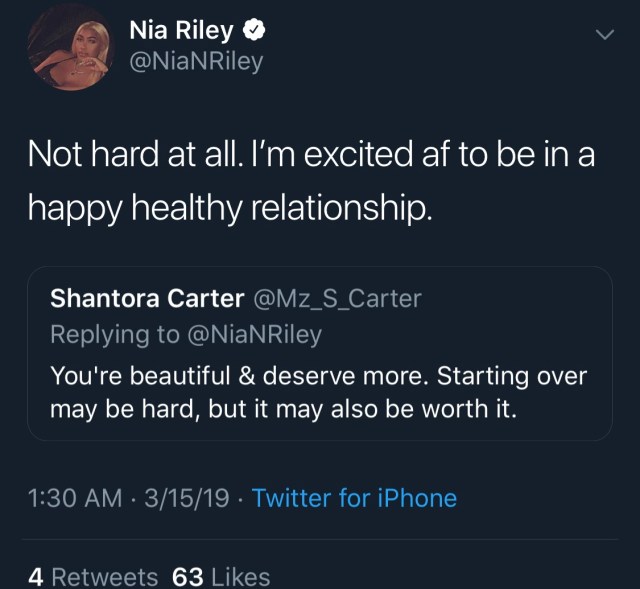 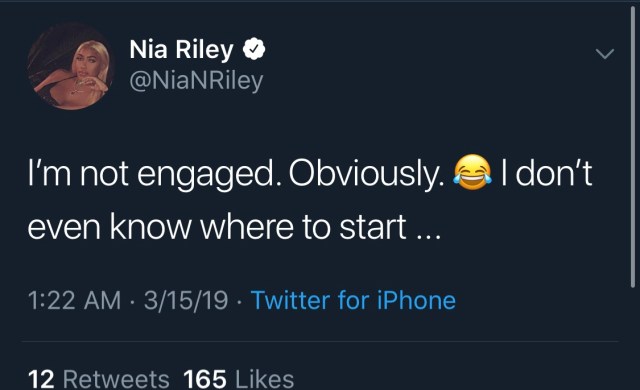 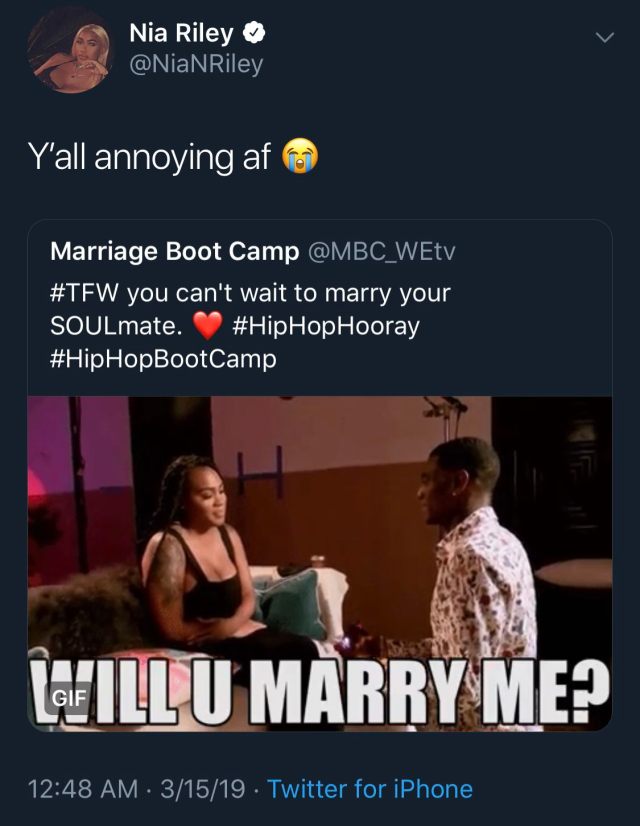 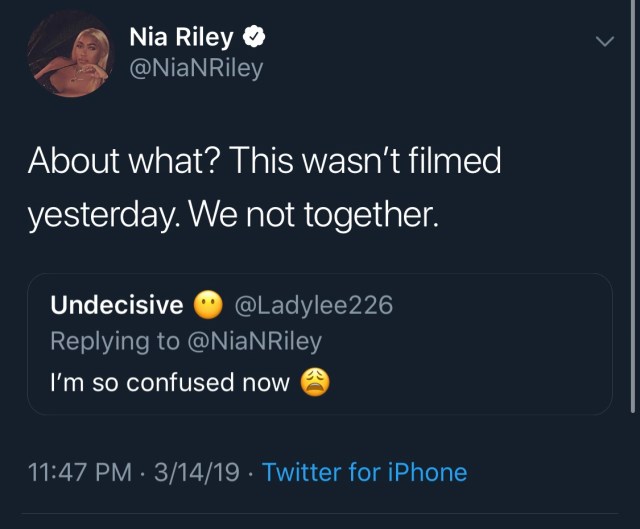