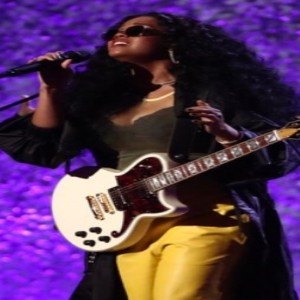 Not showing any signs slowing down coming off her win for Best R&B Album at the 2019 Grammys, musical and vocal phenom Gabi Wilson, aka H.E.R. is causing some commotion online. Earlier today, the singer took to Twitter to announce that she has an album on the way. 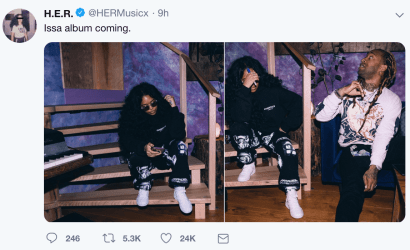 In a post where she’s pictured with fellow musician Ty Dolla Sign sign, H.E.R. puts the world on notice with a caption saying “Issa album coming”. Fans on Twitter quickly expressed their hype and excitement of the news underneath the post. Check some of them out here.