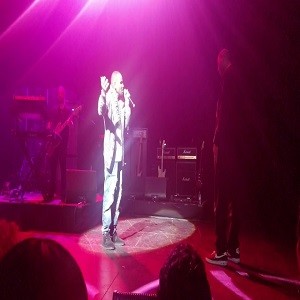 Unfortunately, Avant suffered the same fate as a lot of artists that rose in the late 1990s and dominated the early 2000s, his music fell off. The last hit he had was “4 Minutes,” back in 2006. On the strictly R&B stations, Avant remained a powerhouse, though.

But, in the current music market, Avant was an afterthought, until 2016, when fans noticed his weight gain, during a concert. After making him the butt of jokes, Avant was forgotten again, until last month. This time, he was so skinny, which caused a mixture of concern and jokes.

Avant was revealed to be going through Lupus, a serious disease, which can be life-threatening, but isn’t always the case. The photos of the singer didn’t look too good, but more recent concerts have shown him looking healthier. But, there are rumors that he only has six months to live, along with an alleged statement.

Despite this, there is nothing official on Avant’s own social media, aside from him promoting his new single. The single, ironically, is titled “Not Gone Lose.”

Continue Reading
You may also like...
Related Topics:avant, not gone lose, tamantha

Loughlin Daughters, Bella & Olivia, Are Not Returning To USC Because Of #CollegeCheatingScandal; Twitter Reacts
Drake Continues To Play A Role In The Toronto Raptor’s Development As The Team’s Practice Facility Is Renamed To OVO Athletics Training Centre