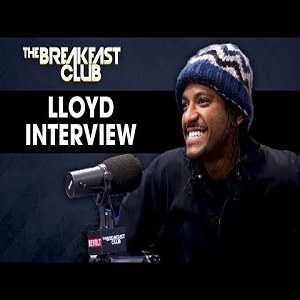 In the mid-2000s, Lloyd rose to fame, signed with Murder Inc., at a time when all seemed to be falling apart. Ironically, there was a brief resurgence, when Lloyd signed. His hit single, “Southside,” also his album’s title track, featuring Ashanti, took over summer 2004.

Lloyd had success and Ja Rule, who had his career beaten to within an inch of its life, had a strong comeback. After having half the industry turn on him, Rule had half the industry, led by R. Kelly, Fat Joe, and Jadakiss, help him get back. But, his and Lloyd’s single fell short.

After doing his “Unsung,” Lloyd visited “The Breakfast Club,” where he discussed things with DJ Envy, Angela Yee, and Charlamagne Tha God. Before that, he spoke on how life has changed, on tour, especially, since becoming a father. Then, he got into the “Unsung,” Irv Gotti/50 Cent drama, giving Irv props, expressing how much he still admires Irv, and his friendships with Ashanti and Ja Rule.