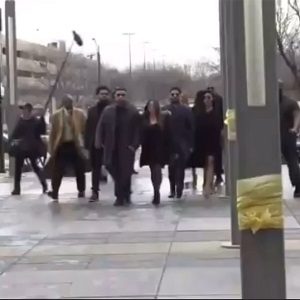 Last night, “Empire” returned for the first episode of the second half of the season. Ironically, Jussie Smollett was front and center, as his family regained control of their company. In the episode, Smollett’s character, Jamal, was faced to choose his boyfriend or his family.

Being asked who the “real him” was, Jussie Smollett is facing equal amounts of pressure in real life. Four years ago, when the world first got to know him, until now, Smollett was viewed as an all around good guy, to the public. That perception has changed, with the allegations on him.

Jussie Smollett made his return to court, this morning, which was mandatory, this time. As many already knew, he came in and pleaded not guilty to the sixteen counts of disorderly conduct. The “Empire” star will be allowed to travel between LA and NYC to meet with his lawyers, before returning to court on April 17.