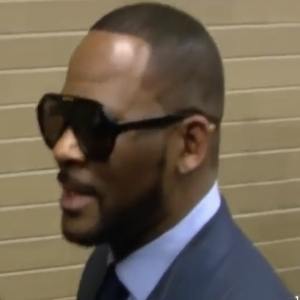 Last week, R. Kelly was put back in jail after failing to meet the deadline for paying $161,000 in child support that he owes to ex-wife Andrea Kelly. He was then released on $100,000 bond with the help of friends and family members, according to CBS Chicago’s Megan Hickey.

Today, CBS Chicago revealed that Kelly looked to have a judge reduce the $21,000 per month he currently owes to Andrea. This request was denied because he’s not working. Kelly’s attorney Steve Greenberg said fans not wanting to support his client’s music anymore is at fault.

“If you can’t play a show, if you can’t go out on tour, if they’re not streaming your music anymore, obviously you’re going to have financial problems. You don’t need to be a rocket scientist to figure that out,” said Greenberg.

Kelly’s publicist Darryll Johnson has since said that himself along with Kelly’s attorneys are representing him for free because of the financial struggles. He added that Kelly is still making music in the studio inside his home. Kelly recently came out saying making music is preventing him from having mental breakdowns.

A new child support hearing will be scheduled in May. He’s still facing 10 counts of aggravated sexual abuse involving four underage girls as well. Hopefully justice will finally be brought this time as opposed to 2008 where Kelly beat his child pornography case after parents of the victim didn’t say that Kelly wasn’t in the sex tape with the underage girl. Check out news video from CBS Chicago regarding the denied child support payment below.

T.I. Says He’s Maintained The Most Consistent Diversity When It Comes To Music Genres, Businesses, and More Since 2Pac
Donna takes Alex to the hospital, after Ceaser jumps him (FULL VIDEO) #BlackInkCrew [VIDEO]