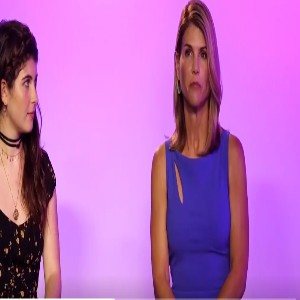 As the flood gates pour for Olivia Jade, it looks like everyone is getting caught in . Hallmark Channel announced that they are severing their ties with Lori Loughlin. Everyone in this family are catching so many immediate L’s.

“We are saddened by the recent news surrounding the college admissions allegations,” the company said. “We are no longer working with Lori Loughlin and have stopped development of all productions that air on the Crown Media Family Network channels involving Lori Loughlin, including Garage Sale Mysteries, an independent third-party production.”

Loughlin has been a long time collaborator with the channel, starring in the cable’s series When Calls the Heart and in the Garage Sale Mystery television movies.

It’s also been reported that Loughlin has been dropped from the reprised version of the beloved Full House series. Fuller House is coming back for it’s 5th and final season. While the show is currently not in production at the moment, sources close to the situation have stated that it is more than likely that Lori will not be making a guest appearance.