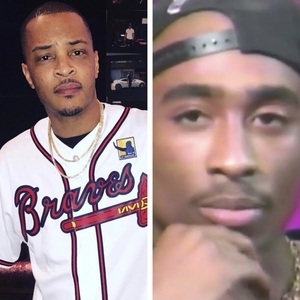 T.I. is definitely one of the greatest rappers of all time and was the first artist to bring the trap music genre into the mainstream. He’s released 10th studio albums of which some are classics such as ‘Trap Muzik,’ ‘King,’ and ‘Paper Trail.’ His legacy is already solidified.

The King of the South recently took to Instagram to compare his legacy to that of 2Pac’s. He says he’s the best at what he does and asked who since Pac has maintained as much consistent diversity within music genres,businesses & other opportunities as he has over the years. A fan mentioned Jay Z but T.I. asked respectfully what major feature film that he starred in.

T.I. has valid points. He’s seen success in reality shows such as The Family Hustle, movies like ATL, Takers, American Gangster, Ant-Man, Get Hard, and more. He also has his own clothing line Akoo and launched the Trap Music Museum in Atlanta.

Comparisons to 2Pac, who is arguably the best rapper of all-time, will always draw controversial debates. T.I.’s resume is up there though. Check put his IG post below.

Continue Reading
You may also like...
Related Topics:2Pac, t.i.