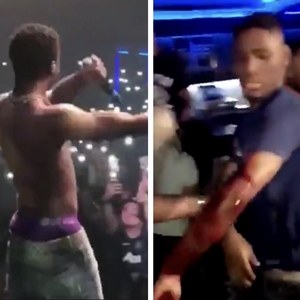 Roddy Ricch performed in London last night but it didn’t end well at all as three men were stabbed, according to the BBC. They were rushed to the hospital as footage surfaced of one of the men bloodied. They were all reported to be in their 20s.

The concert took place at the Electric Brixton. Nobody has been arrested. The men were also discharged from the hospital but according to Roddy on Twitter, London police don’t want him back in their city.

Roddy issued an apology and says authorities are trying to ban him from ever coming back to London. This is completely stupid on the police’s end. Nothing points to Roddy setting up the violent incidents at his show. Check out footage of the chaos along with Roddy’s tweet below. 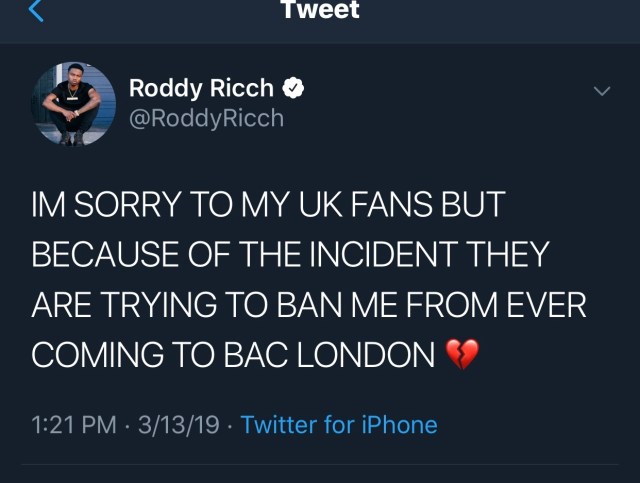 Continue Reading
You may also like...
Related Topics:london, roddy ricch

Soulja Boy Takes Advantage Of The Facebook and Instagram Outage To Promote His Soulja Boy Official App
T.I. Says He’s Maintained The Most Consistent Diversity When It Comes To Music Genres, Businesses, and More Since 2Pac