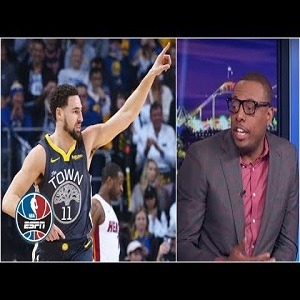 A few weeks ago, Paul Pierce was doing commentary, and the topic was the Golden State Warriors. Still the top team in the NBA, having been so since 2014, with the exception of last season, the Warriors are favorites to win the title. But, Klay Thompson was their discussion.

Klay Thompson has had a phenomenal season, this year, scoring 60 points, early in the season. There has been talk of how he would fit on the roster, with Kevin Durant being there, but it’s worked out well. Now, he finds himself climbing on the all-time lists.

Chauncey Billups, Michelle Beadle, and Paul Pierce were discussing the Klay Thompson milestones, and giving him props. When it got to Paul Pierce he gave him props, to an extent. Then, he turned it into a competition, with him and Klay, asking who people would rather in the clutch, and Twitter had those answers. 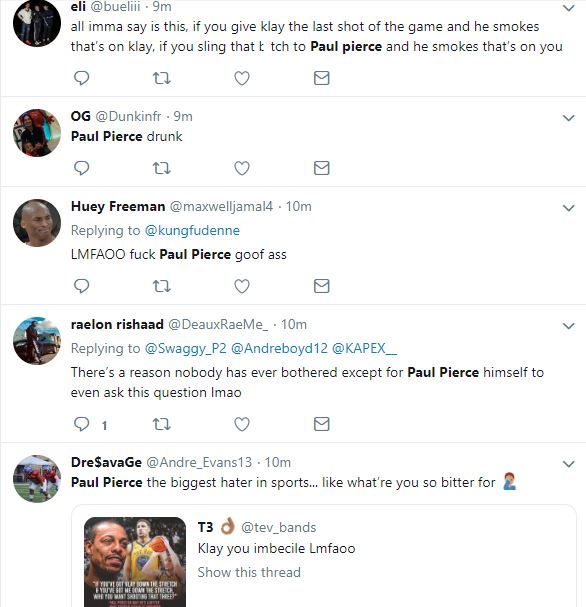 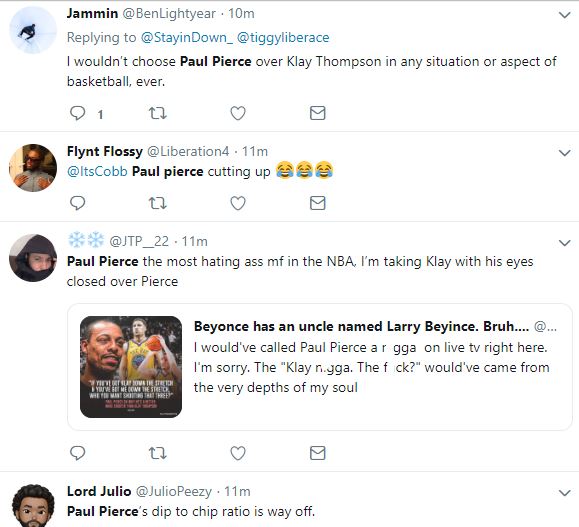 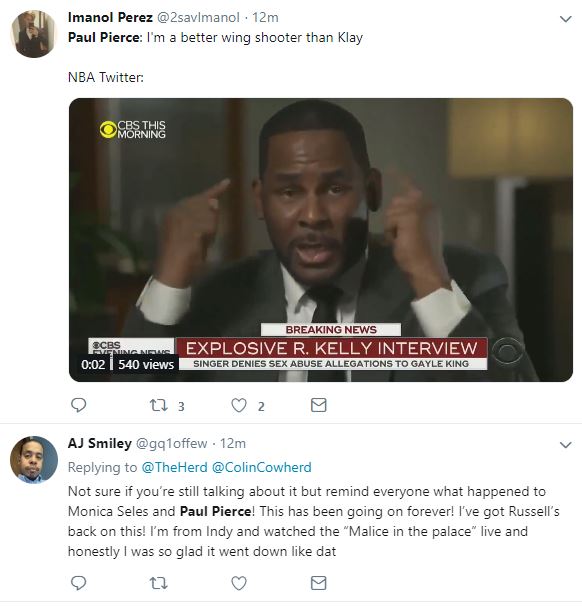 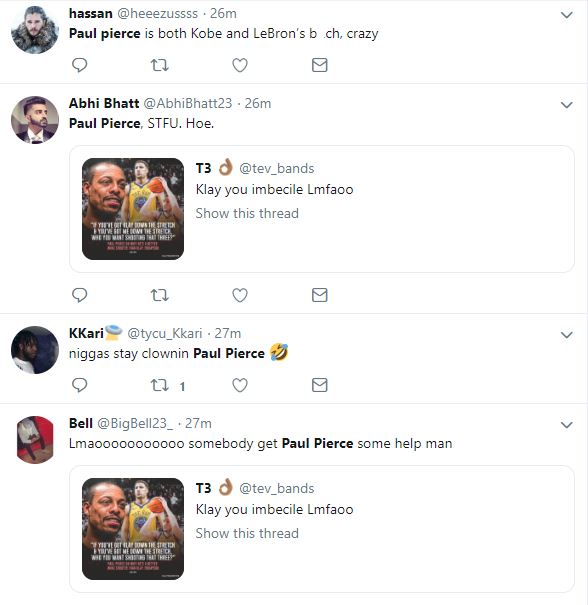 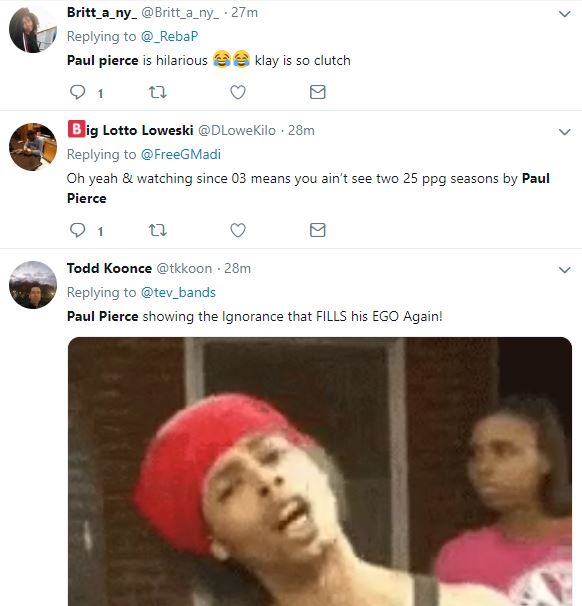