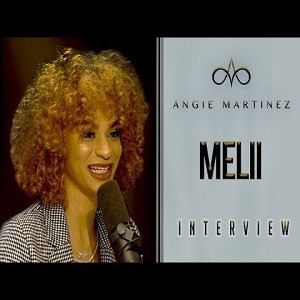 A rising name on the pop scene making moves is Melii and she has been crushing the streaming platforms. As her profile raises, Melii’s personal life is coming to the forefront. The people are increasingly interested in the history of their faves.

Despite Melii having such an innocent demeanor, she has a bit of rough history, behind her. When she was younger, Melii actually ended up shooting her friend. Ultimately, the shooting was an accident, but that still left an impact on them, both.

Melii recently stopped by Power 105.1, in NYC, where she sat down with Angie Martinez. The two had an entire conversation about the shooting incident. She would discuss what happened with her friend and explained how it all went down.