Skip to content
You are here
Home > Articles > Kirk Franklin’s Daughter DM’s Fan Defending Him From Jokes About His Cheeks Being Contoured; Fan Reads Her to the Altar and Back: “your father’s cheeks appear to be highlighted more than a English literature text book” 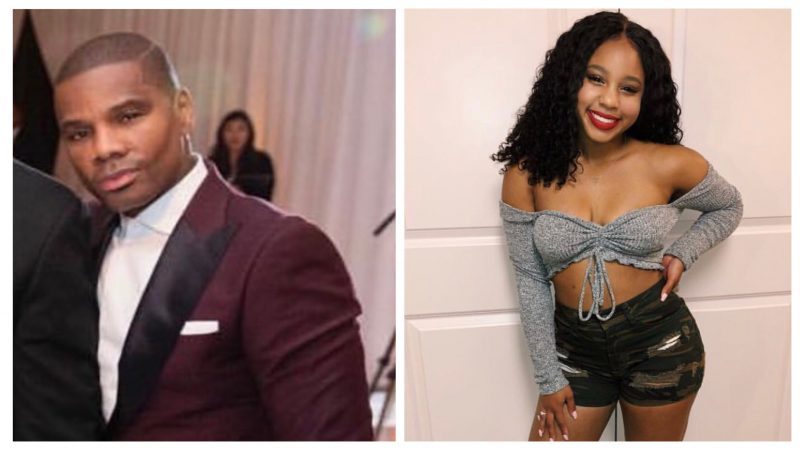 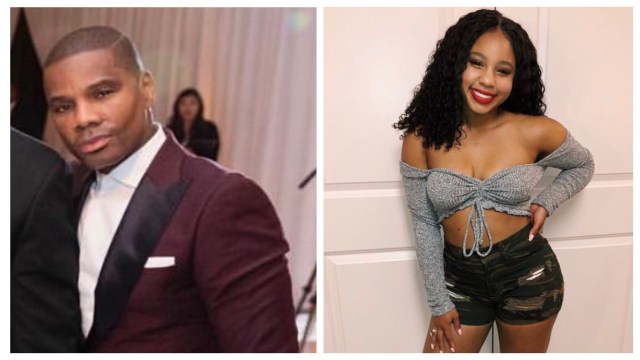 Jesus take the wheel. Kirk Franklin’s daughter, Kennedy Franklin, does not play when it comes to her daddy.

Kirk recently attended Chance The Rapper’s wedding, and fans couldn’t help but notice how snatched his cheekbones were. Kennedy went on to tweet general tweets about people talking about her daddy at a wedding that they weren’t invited to. Subtle flex. One fan, in particular, made Kennedy hit the DM’s to defend her daddy. Twitter user @brianmclight, tweeted that Kirk’s cheeks were “contoured sharper than the nails used to hang Jesus from the cross.” The tweet went viral and Kennedy tweeted him asking “where was your invite to the wedding?” The fan replied “Girl, me not being invited to the wedding of a n*gga I don’t even know, does not change the fact that your father’s cheeks appear to be highlighted more than a English literature textbook ✌🏽.” It’s safe to say that Kennedy probably blocked him after that read. 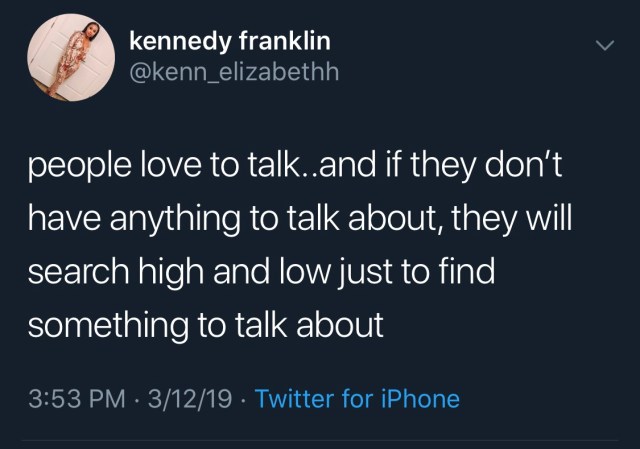 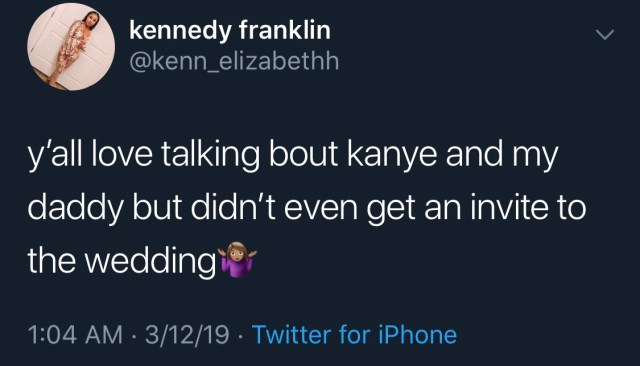 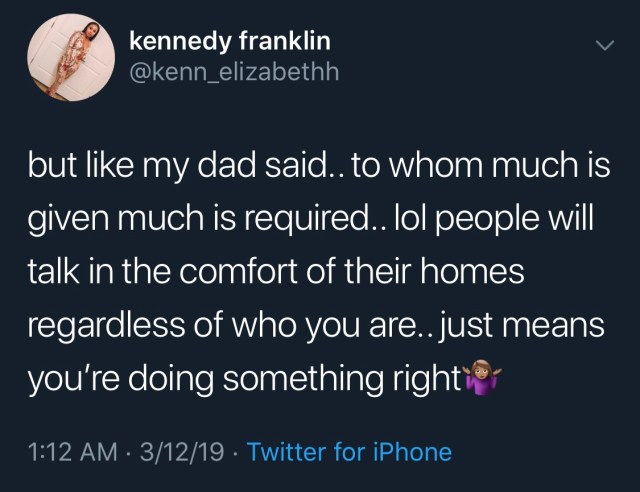 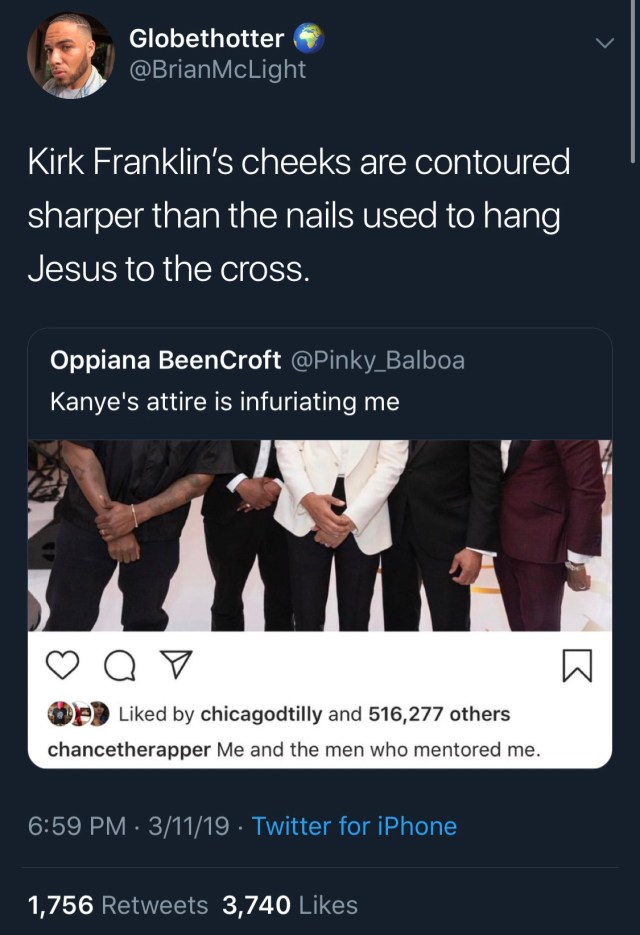 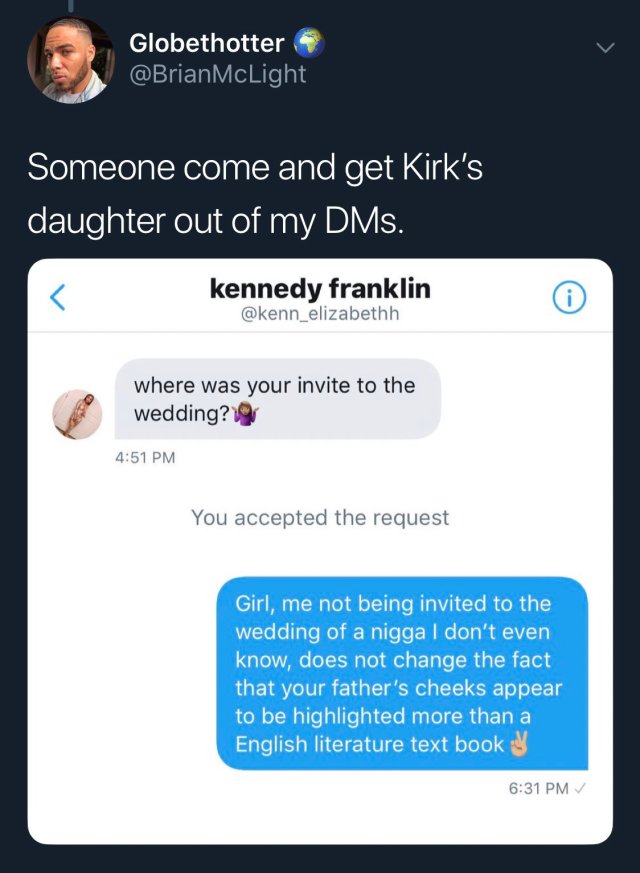