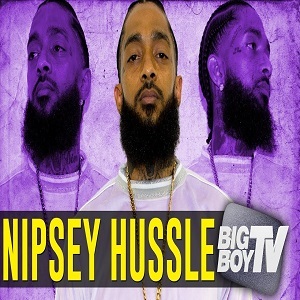 Underground hero, Nipsey Hussle, finally went mainstream, a year ago, and he continued down the path Jay-Z created. In many ways, Victory Lap was the successor of 4:44, in terms of talk about ownership. Within the city of LA, Nipsey Hussle owns several businesses.

However, Nipsey Hussle, for all he was able to do, came short of winning a Grammy. Instead, Cardi B took the award for her album being the ‘Best Rap Album.’ Typical Nipsey Hussle, that wasn’t a problem, as he has nothing but love for Cardi, and her success.

Nipsey Hussle recently stopped by Real 92.3, where he and Big Boy had another pow-wow. The two discussed Cardi B winning the Grammy and also he and Meek Mill doing a joint album. There was a lot to unpack and they got to it.