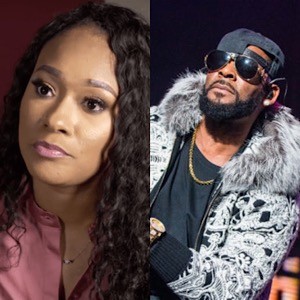 According to Lisa Van Allen, R&B singer R. Kelly use to brag to her about having sex with Aaliyah’s mother while Aaliyah was in the next room. For years now R Kelly has had horrible allegations made against him and following the release of Lifetime’s documentary, ‘Surviving R. Kelly’ the additional information and reports against him come as no surprise.

Lisa Van Allen spoke with DJ Vlad, who’s known for getting the scoop on people’s deepest and dirtiest secrets, during a recent interview and she began telling him things that Kelly told her in confidence when they were close. As we all know, there is a decade-old rumor that Aaliyah and R. Kelly got married because the “I Admit” singer had gotten her pregnant when she was 15-years-old and according to Van Allen, that’s a fact!

Lisa confirmed that Kelly had told her that they got married and lied about Aaliyah’s age so that Kelly wouldn’t be charged while they waited to get an abortion. He then went on to say that after the abortion, they planned to get an annulment.

“He actually stayed at their home in Detroit (referring to Aaliyah’s parents’ residence) and [Aaliyah’s] mother was sexually attracted to him as well and [R. Kelly] said when Aaliyah would go to sleep, that he would go in the living room and him and her would do sexual acts on the couch while Aaliyah was sleeping in the bedroom.”

This may not be new news to some considering this rumor had been sparked for a short period of time back in the ‘90s but it sure is new information for most. These are extreme allegations that Van Allen is claiming came straight out of R. Kelly’s mouth…

Check out the interview below.