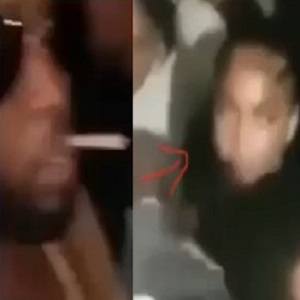 Yesterday, there were rumors that surfaced of Diddy and Lori Harvey spending time together. With the way these celebrities move, it’s hard to keep up with. Then, there are people who create stories that are nowhere near the truth.

Diddy has been all over the place, since Kim Porter (the mother of four of his children, including Quincy) died, and Cassie left him. Despite the losses, he remains rich, so he has his choice of women. If Lori Harvey caught his eye, it’s for good reason, because she’s beautiful.

The person who leaked the information about Diddy and Lori Harvey said they would soon share a video of the two, if one existed. This video does exist and it has flooded the internet. Now, the rumors of these two being a couple are more intense than ever.