Skip to content
You are here
Home > Hip Hop News > Khaotic is being roasted by #LHHMIA fans on Twitter, who believe the system is designed to get black men, and they also clown him for wearing glasses, saying that doesn’t help him look innocent + Joy says he isn’t her type, but Trick Daddy is? 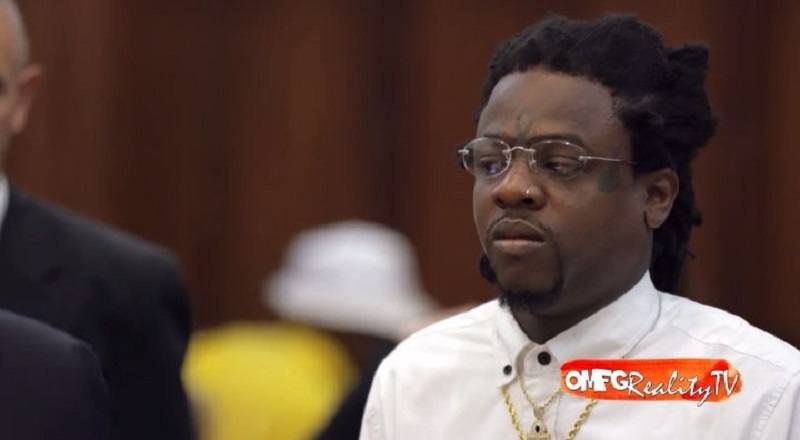 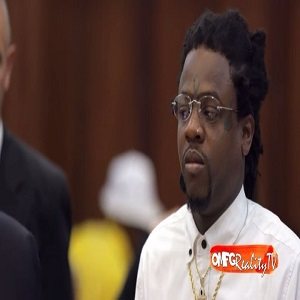 These past few episodes of “Love & Hip Hop Miami” have seen Khaotic take on a bigger role. Much of this is due to Khaotic stepping up and trying to be Joy’s man. Before that, he was reaching out to Trick Daddy, her ex, asking him for a feature.

Trick Daddy found out about Khaotic trying to get with his ex, so he created a challenge for the feature. Setting Khaotic up for the okie doke, he set up a cook off, which he rigged himself to win. If Trick won, there was to be no feature, and there isn’t one.

Khaotic is in court, after his situation with the police, where he was involved in a high speed chase. The fans have been going in on him, for his look, during his court appearance, saying that won’t help him, down in Florida. Then, they went back to Joy’s comment about Khaotic not being her type, but Trick Daddy is.

Read the tweets about Khaotic below: 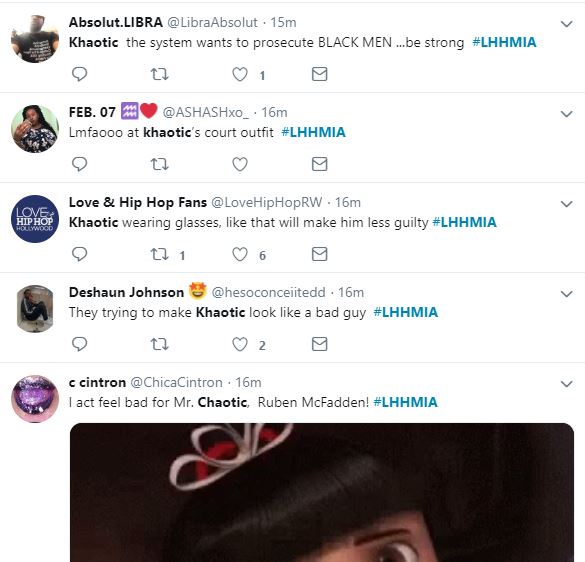 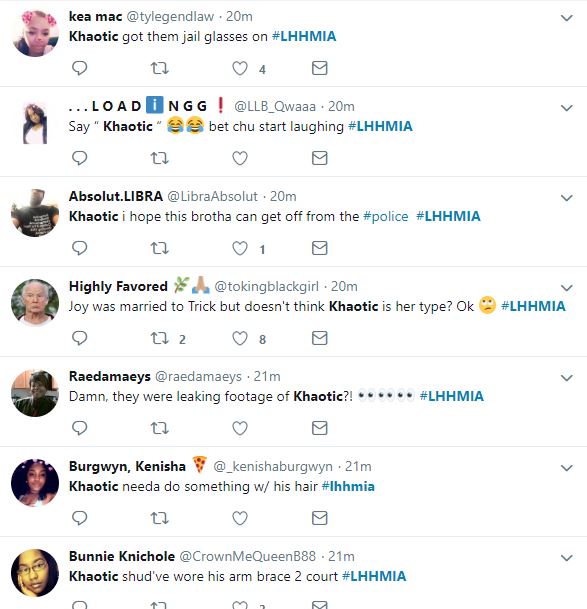 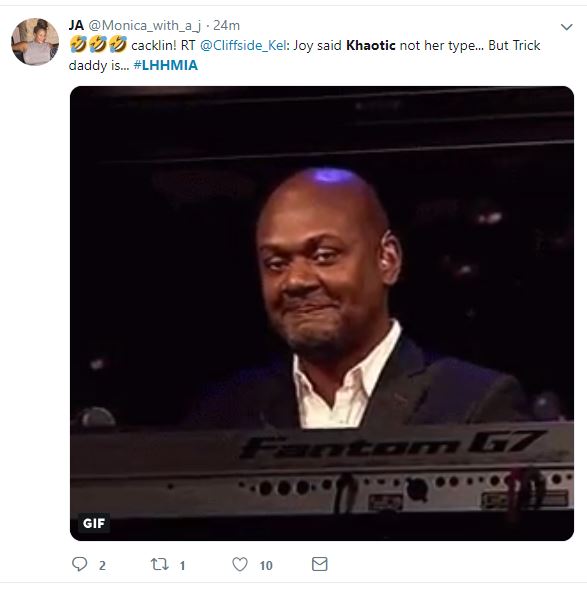 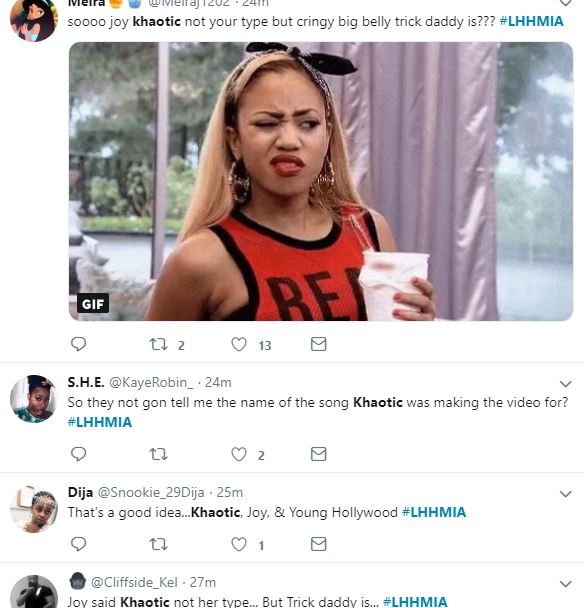 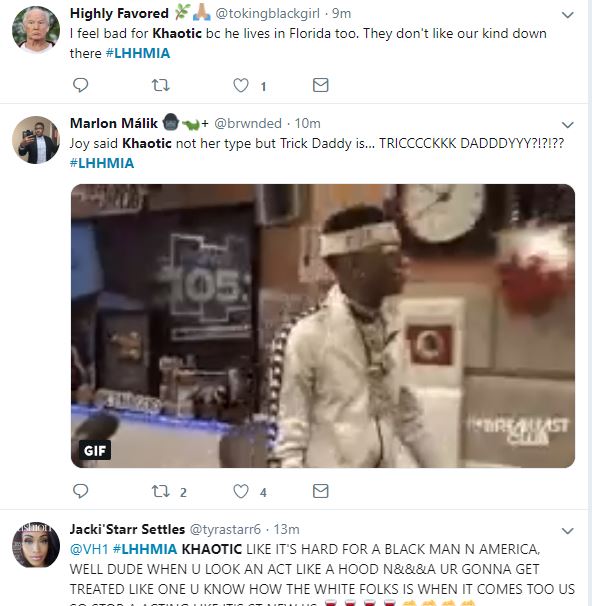