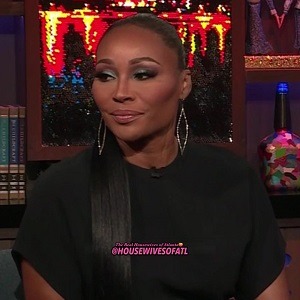 Tonight, Cynthia Bailey had a lot of action, more than she could handle, with Kandi Burruss. It looks, to most, like Cynthia and Kandi may have continued that action a little later on. Definitely, in the minds of most with fantasies, that sure did happen.

While Cynthia got to feel on her crush, she lost out with NeNe Leakes, her best friend. Following last week’s episode, NeNe Leakes unfollowed all the the girls, except Marlo Hampton and Shamari DeVoe. This followed an episode where NeNe went off.

On “Watch What Happens Live,” Andy Cohen had Cynthia Bailey in the hot seat. Known for stirring the drama, Andy questioned Cynthia about the whole NeNe situation. Fans on Twitter pointed out Cynthia’s facial expression, and said she looks hurt. 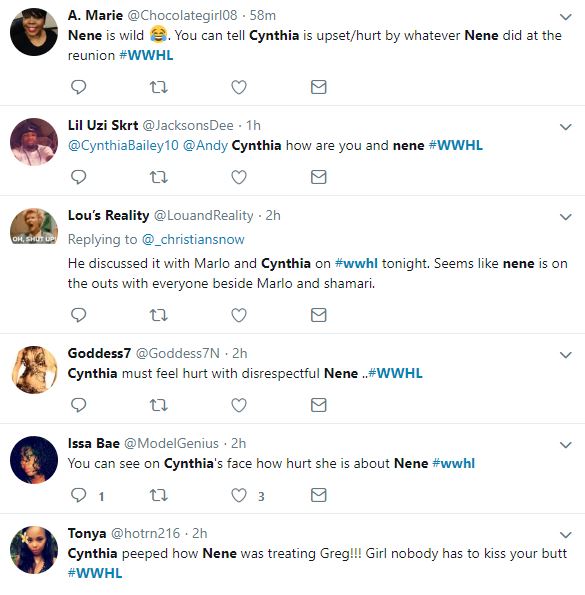