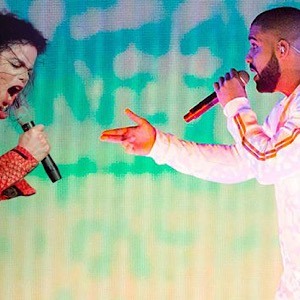 Following the airing of Leaving Neverland, Michael Jackson’s legacy seems to be at jeopardy once again. The pop legend has been removed from airwaves worldwide along with his statues being taken down. Even The Simpsons removed an episode featuring the pop singer.

The latest MJ removal comes from the OVO founder and hitmaker, Drake. The 6 God himself mutes Jackson collaboration from his setlist following the airing of Leaving Neverland. The four-hour HBO documentary details Jackson’s alleged misconduct with two underage boys.

Drizzy has decided to remove his Scorpion track, “Don’t Matter To Me” that features MJ vocals from his “Assassination Vacation Tour” setlist after watching the documentary. The song is usually performed towards the end of his sets but was noticeably skipped over during his kickoff stop in Manchester, UK on Sunday night according to TMZ.

Drake has yet made a public comment on the situation and decision. Stay tuned as more information arises.

Culture Vulture Chronicles: Yes Julz Gets Dragged AGAIN For Saying Karen Civil and Scottie Beam Hate on Her For Hosting Rolling Loud: “People feel that I should not be in certain positions that I’m in in this culture” [VIDEO]
YesJulz blasts Joe Budden for accusing her of buying her butt and then tries to “expose” him over sweatpants, blaming him for her “n*ggas lie a lot” tweet + Joe Budden responds, showing a pic of him in the sweats [PHOTO + VIDEO]