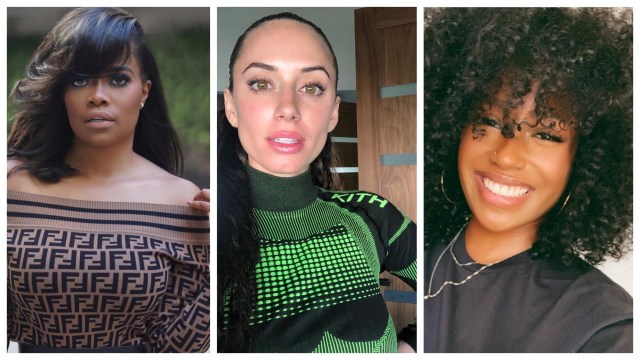 In “girl bye” news, Yes Julz is getting dragged on twitter, AGAIN.

Julz sat down on the ‘Easily Offended Show’ and claimed that Karen Civil and Scottie Beam  think she should not be in positions she is in, like hosting the annual Rolling Loud festival in Miami. She claims that she has worked hard to get to where she is.

Scottie and Karen got wind of the interview and tweeted Julz directly. Scottie said that Julz  slept her way into the industry and wanted Julz to drop a pin so they can handle this in person.

Karen said that she never spoke about Julz hosting ‘Rolling Loud’ and has been cordial with her. Now that Julz has mentioned her name, she wants her to keep that same energy when they meet in person. 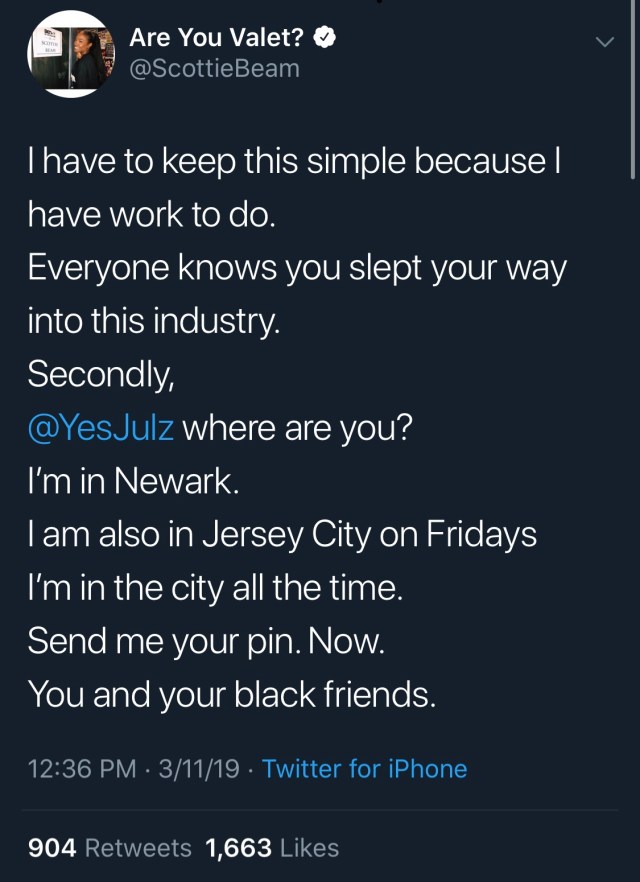 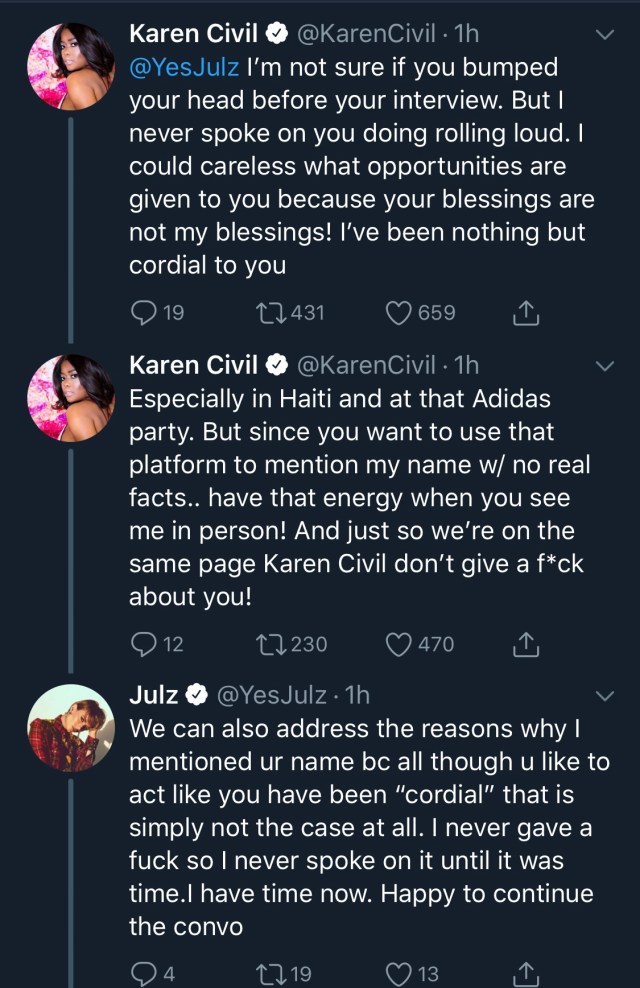 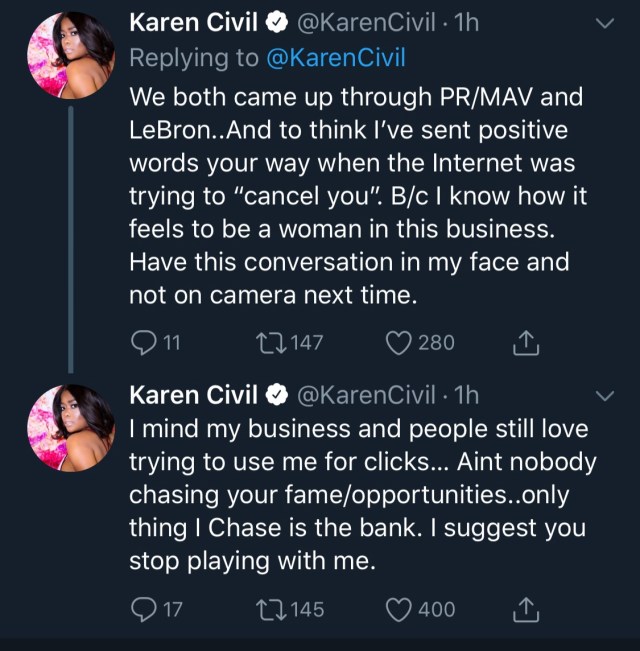 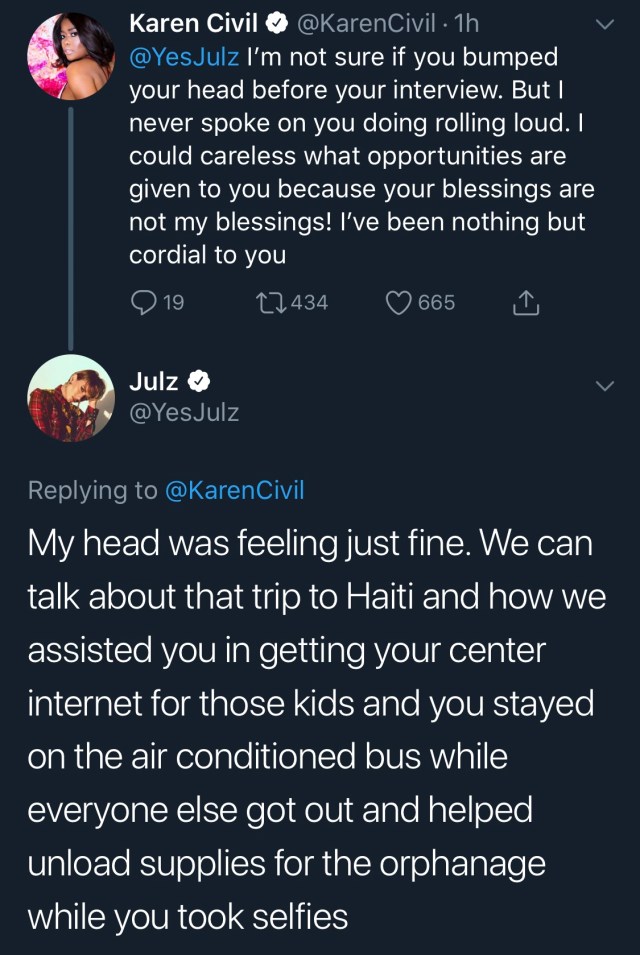 Is Julz a culture vulture or do you think she is genuinely trying to advance the culture?