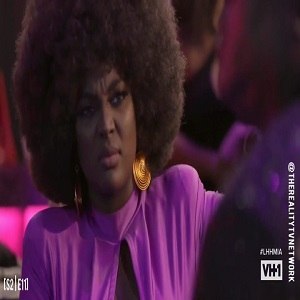 Last week’s “Love & Hip Hop Miami” saw Trick Daddy declare his intentions for Amara La Negra. Going out on a big limb, Trick Daddy took Amara out on a date. To be clear, Amara repeatedly told Trick the date was as “FRIENDS ONLY.”

When Trick Daddy walked into Trina’s event with Amara La Negra, he turned heads, and Joy immediately asked what was up. To most, that seemed like the reaction Trick wanted. But, when he introduced Amara as his date, and she shut that down, with THAT face, Twitter thinks she embarrassed him.

Read the tweets about Amara and Trick below: 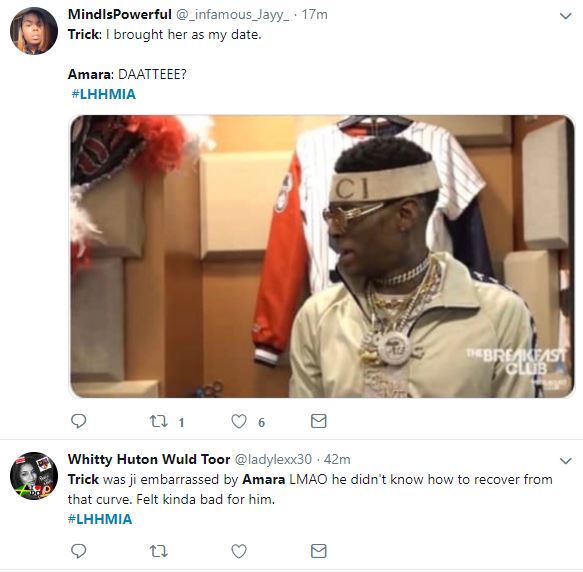 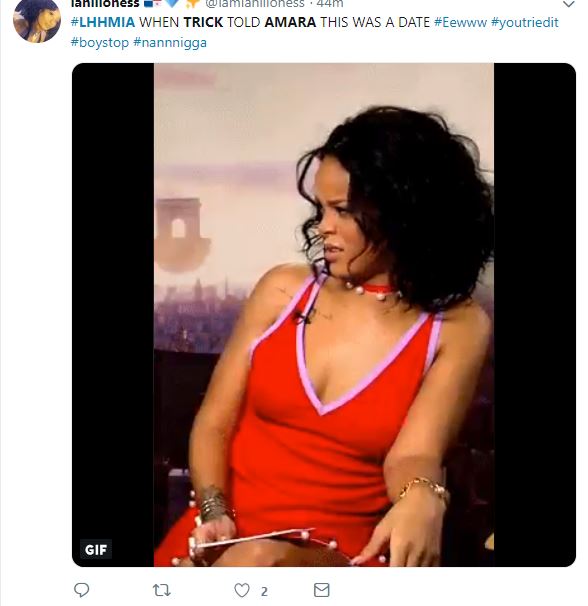 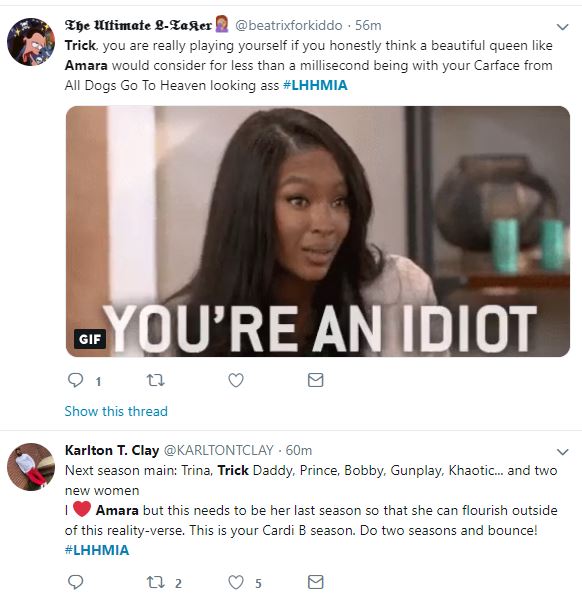 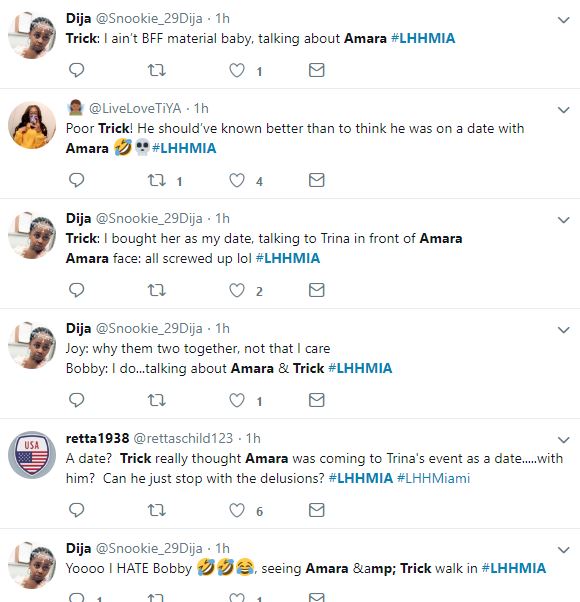 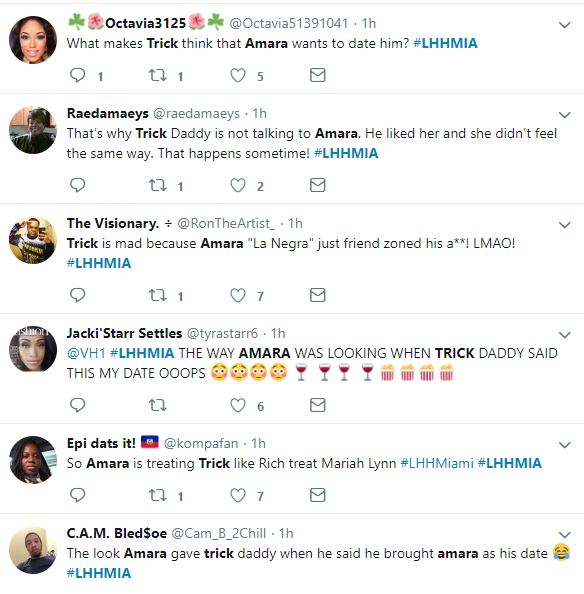 R. Kelly Says He Stopped Paying Child Support to Ex-Wife Andrea Kelly Because She Supposedly Brainwashed His Kids Into Thinking He’s A Bad Person
Jussie Smollett is now facing 64 years in prison, according to reports