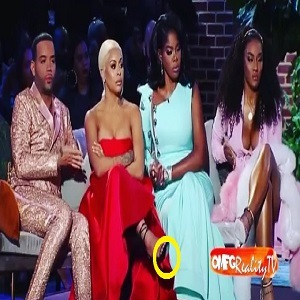 It seems like social media always has something to say about Alexis Sky, so tonight’s reunion was no different. Two years ago, Alexis Sky joined the “Love & Hip Hop Hollywood” cast. In just one season, she stirred up the whole show.

Alexis Sky ended up being a one and done, who didn’t appear on the show, the following season. But, Alexis Sky was not done with the VH1 franchise. This season, she joined the flagship “Love & Hip Hop” series, where she has again made waves.

Many fans complained of how disjointed “Love & Hip Hop” season nine was. In the end, the season became about Safaree and Erica Mena, setting up their season on “Love & Hip Hop Atlanta.” Meanwhile, at the reunion, which Safaree decided to grace with his presence, Alexis Sky had a sticker on her shoe, causing fan uproar.

Read the tweets about Alexis Sky’s shoe below: 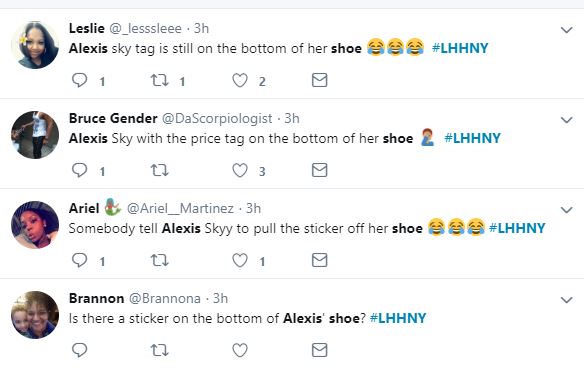 Famous Dex Announces New Album “Momma’s Boy” Will Be Released On May 22
Ella Bands blast A Boogie, again, this time over him getting upset over her posting sexy IG pics of herself, accusing him of chasing girls that look like this, and telling him to “grow up,” as he seems to break up with her [PHOTOS]