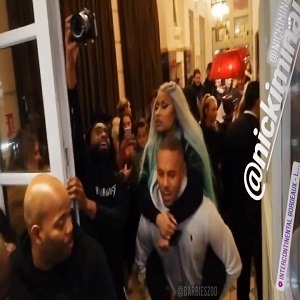 It’s no secret that Nicki Minaj has a history of speaking out and clapping back. The famed rapper, when provoked, will fight back against the disrespect. Last night, Nicki Minaj was literally ready to fight one of her fans, over a cancelled performance.

Nicki Minaj, back in 2016, got into it with her fans, who were demanding her to release a new album. Meanly, but jokingly, Nicki Minaj told them Pick My Fruit Out was the name of her album. The joke was on her, when her album actually dropped, and the fan support wasn’t there.

However, Nicki Minaj is catching a lot of backlash, in France, due to cancelling two shows, back-to-back. One fan pointed out how all major artists have cancelled shows, on Twitter, using Beyonce as an example. The fan got very shady with her tweet and Nicki Minaj liked the tweet. 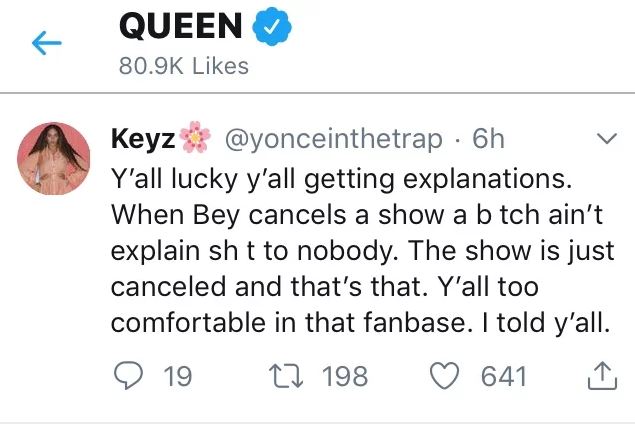 J. Cole gets put on blast by a graphic designer, @theykilledsix, who says Cole used his artwork, without paying him for it, despite promising to look out for him [PHOTOS]
Kandi and Porsha were out together, eating at lunch, getting along, and acting like friends! #RHOA fans on Twitter show their support for this