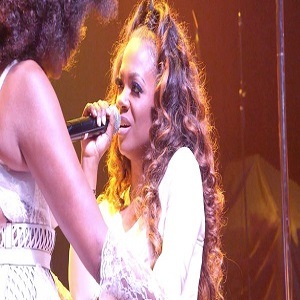 For the past couple of years, Cynthia has been making comments about Kandi, here and there. More recently, Cynthia has become more direct about Kandi. Initially, people thought it was a joke, but increasingly there are Twitter threads about Cynthia and Kandi.

Most fans of “The Real Housewives of Atlanta” believe Cynthia really wants to hook up with Kandi. Due to her reputation of being a freak, most believe Kandi would do it. When she came up with the idea of her sensual show, Kandi wanted Cynthia to be a part of it.

With all the tough talk Cynthia has had for Kandi, Kandi put her to the test, tonight. She sat Cynthia down, asked her how wet she was, sat on her lap, grinded, and kissed on her. That was enough to send Twitter wild, fans believe Cynthia is definitely hot for Kandi now, if they didn’t smash afterward, it should happen now.

Read the tweets about Kandi and Cynthia below: 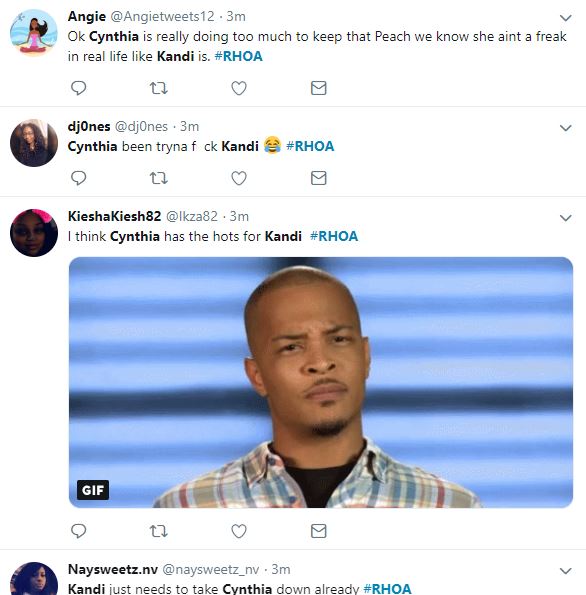 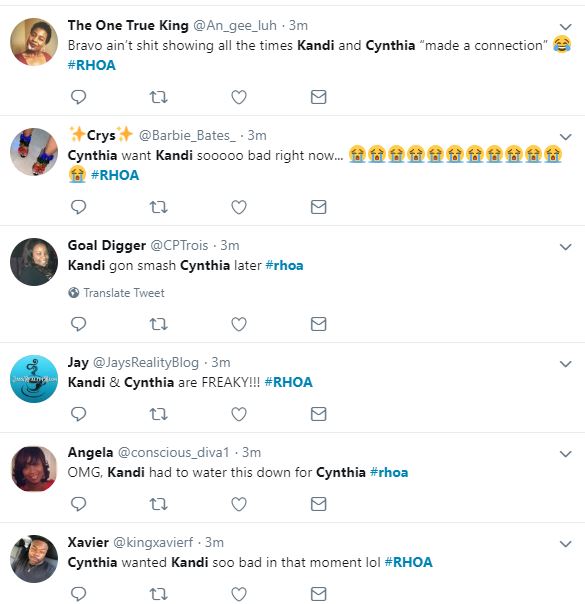 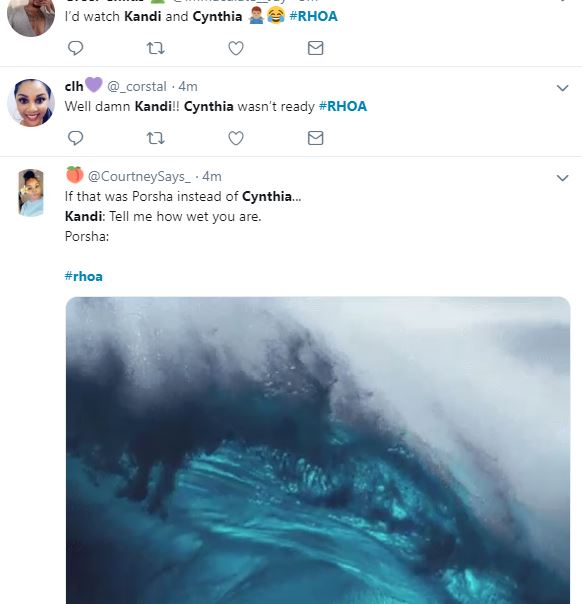 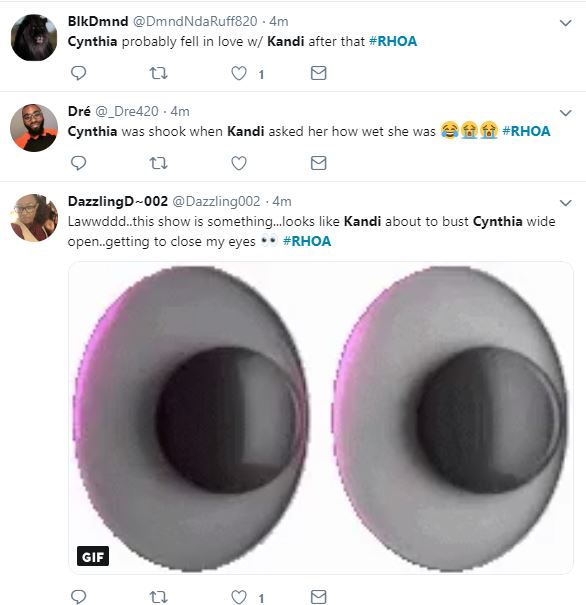 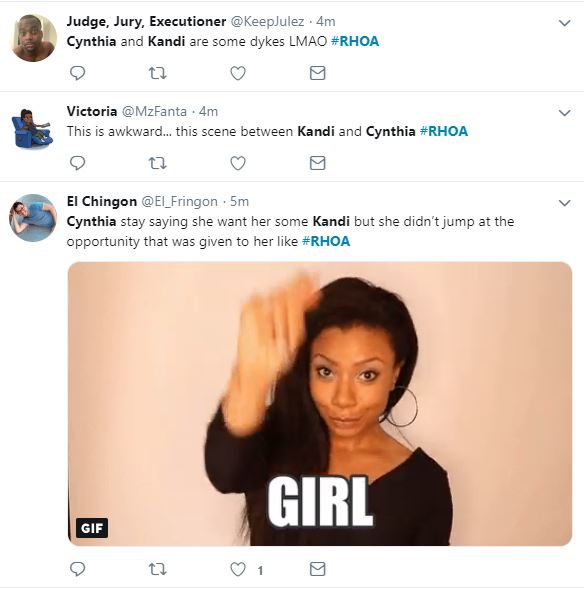 Shamari, Eva, and Tanya! #RHOA fans say they are here for this clique, crediting them for bringing new life into the show, but fans believe Shamari is a lesbian, and want her to own it
Chance The Rapper and Fiancee Kristen Corley Got Married In California With Kim Kardashian, Kanye West, Dave Chappelle, and More Attending [PHOTOS + VIDEO]