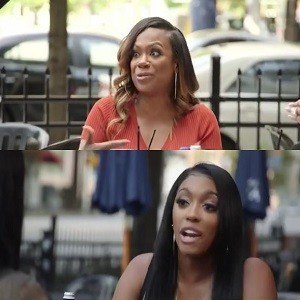 Tonight, “The Real Housewives of Atlanta” began its episode in a way that it hasn’t in years. The episode opened with Kandi and Porsha, out to lunch, and genuinely happy to see each other. Granted, the two both got on NeNe’s bad side, so they had a common topic to tackle.

Kandi and Porsha still have shade towards each other, due to all that they have been through. Because of their history, fans are still divided, over them. Some fans hate Kandi for not forgiving Porsha, but being all in her business, while others hate Porsha for spreading dangerous lies.

Read the tweets about Kandi and Porsha below: 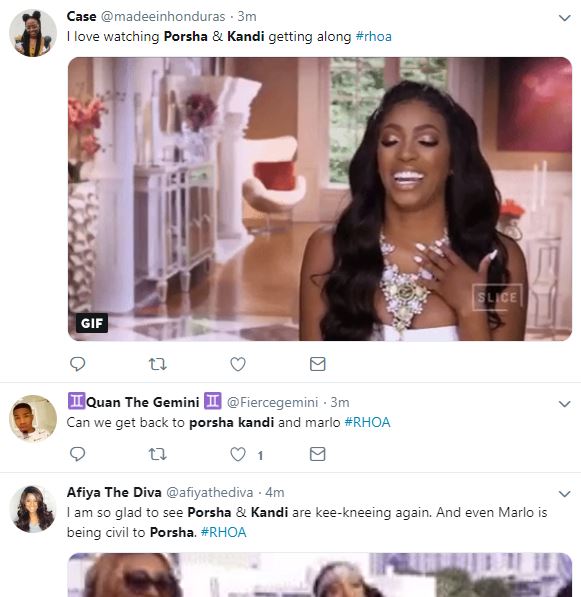 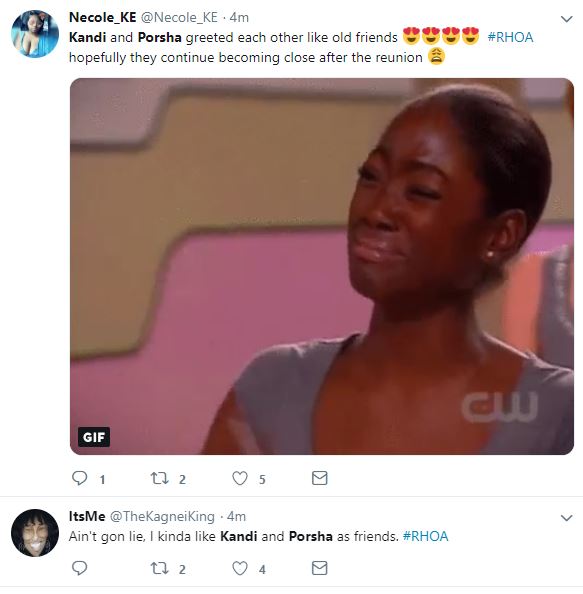 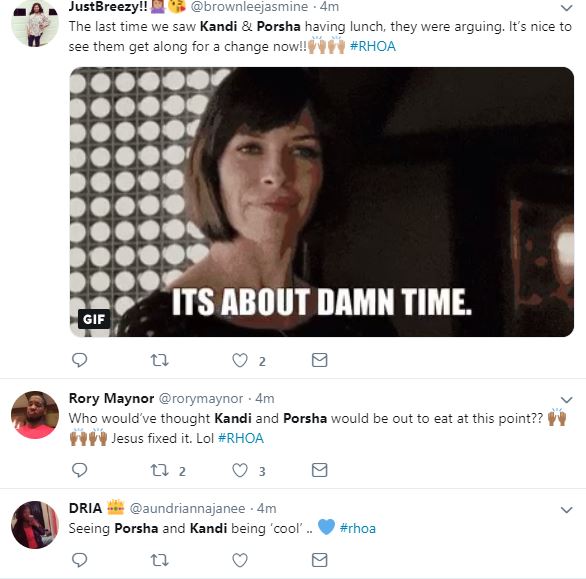 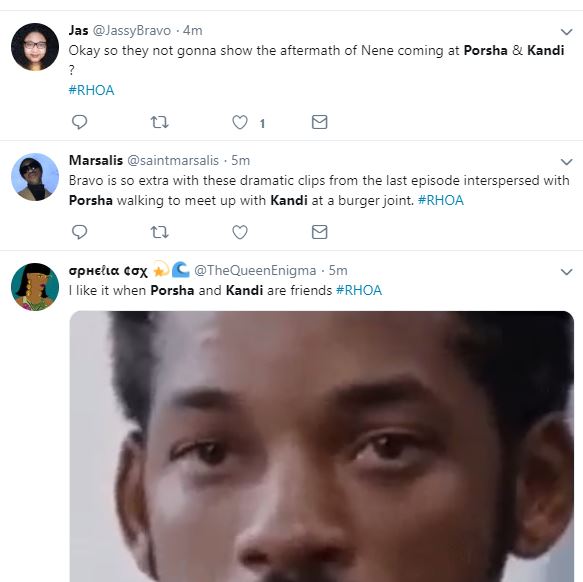 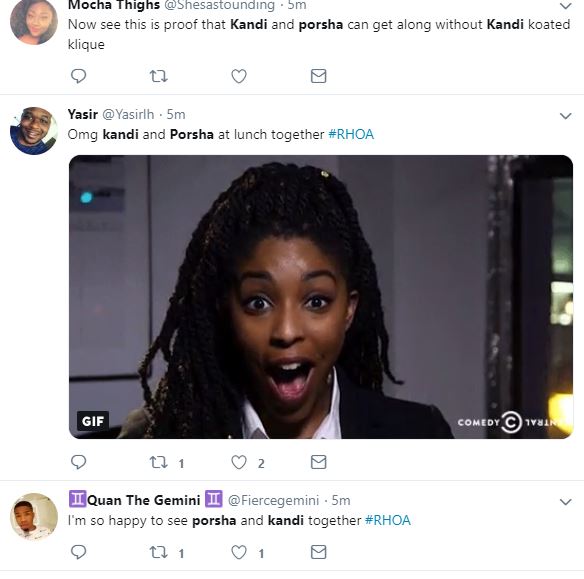 Nicki Minaj likes shady tweet from one of her fans, defending her cancelling shows, saying when Beyonce cancels her shows, she doesn’t give her fans an explanation, and that Nicki fans are too comfortable
Shamari, Eva, and Tanya! #RHOA fans say they are here for this clique, crediting them for bringing new life into the show, but fans believe Shamari is a lesbian, and want her to own it