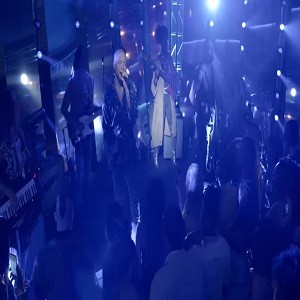 Out of nowhere, Jussie Smollett went from being a rising name, in the acting industry, to a felon. Evidence has piled against him and it looks like the man faked his own attack. With racial tensions as high as they are, now, he played a dangerous game.

Jussie Smollett is a veteran, in the acting industry, alongside his siblings. However, he did not rise to fame, until 2015, when “Empire” premiered. The historic season one featured Jussie’s Jamal as the main character, but his role has dwindled, since then.

Apparently, Jussie Smollett was making a move to recapture the spotlight, thus garnering a bigger paycheck. But, there is so much proof that this attack was staged, risking the life of “Empire.” Now, after being brought up on sixteen felony counts, Jussie Smollett faces up to 48 years in prison.

When Flossing For the Gram Goes Wrong: Blac Chyna’s Ex, YBN Almighty Jay, Robbed and Jumped in NY After Posting That He Has The “Most drip no cap” [VIDEO]
R. Kelly Posts Bond; Set to be Released From Jail For Failing to Pay Child Support