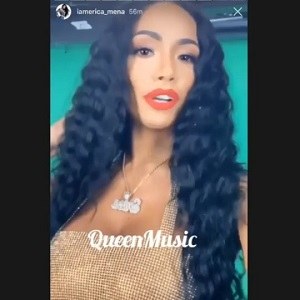 Wow! After all that hype “Love & Hip Hop” season nine ended with, there wasn’t even a cameo of Erica Mena. That left tons of viewers disappointed, seeing how Safaree was in all of that drama over her, plus she and Cyn at the same place, at the same time…

However, Erica Mena went on her IG Live, and put all the rumors to rest, once and for all. Anyone believing Erica Mena got fired, that simply isn’t true. Laughing at the rumors, speaking with Bryant, a producer of the show, Erica confirmed she will be on “Love & Hip Hop Atlanta,” season eight.