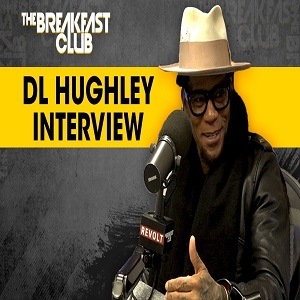 Over the past few years, DL Hughley has quietly built the most-popular radio show, in the nation. Appealing to slightly different demographics, his show and “The Breakfast Club” are the top two morning shows. His success has seemingly upended Steve Harvey’s morning dominance.

DL Hughley is a veteran in the comedy industry, branching out into his own sitcom, in the late 1990s. Once that ended, he went back to work, on the comedy circuit. This led to Hughley getting into radio, where he might be returning to television.

This morning, DL Hughley stopped by “The Breakfast Club,” where he talked to DJ Envy, Angela Yee, and Charlamagne Tha God. All over the place, Hughley discussed the R. Kelly drama, and touched on the 2020 election topic of reparations, where he had his own opinion. Then, he discussed the possibility of doing a TV version of his radio show.