After the release of her new single, ‘Only Want You’ (Feat. 6LACK) last friday, Rita reveals the official music video today.

The music video, directed by Hannah Lux Davis, arrives shortly after Rita began the first leg of her hotly anticipated Phoenix World Tour which kicked off on March 1st in Australia. Borrowing a 1950s aesthetic, Rita embodies different versions of herself, from being dressed to the nines in an elegant dress as a club singer, to a classic diner waitress. 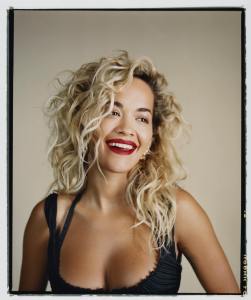 Rita says, “I had so much fun making this video, and I can’t wait to share it with you all.  This was one of my favourite tracks on the album and having 6LACK jump on the song has been really special.  Hope you all love it”

It has been an exciting time for Rita, with the success of her platinum-selling album Phoenix released last year, breaking music records. The first single from the album ‘Let Me Love You’, became her thirteenth top 10 single, setting a new UK chart record for the most top 10 singles by a British Female Artist. Her popularity continues to grow, with seven million single sales altogether, as well as a billion Spotify streams worldwide from her latest five singles alone. She has also been recognised within the industry, with 5 BRIT award nominations under her belt, as well as countless collaborations with some of music’s hottest acts, including Liam Payne, Charli XCX and the late Avicii.

Rita says of latest album Phoenix, “One of the most liberating feelings for me is performing and creating music. This album is a true labour of love, and it was important for me to do it my way.  I’m so appreciative of the love and support from those who worked with me on the record and allowed me to create something I’m really proud of.  They gave me the space and freedom to create something from my heart. Both challenging and euphoric at times. I am really proud of and grateful for the journey that the making of Phoenix has taken me on. To my fans, thank you for your patience and thank you always for listening.”

Rita’s world tour will continue until May, where she will play her first ever UK arena shows in prestigious venues such as London’s The O2, and Glasgow’s SSE Hydro. The tour also marks her first solo dates in Asia and Australia.