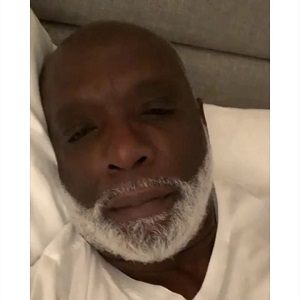 A few days ago, Peter Thomas was arrested in Miami, for writing bad checks. Most people best know Peter for “The Real Housewives of Atlanta,” as he was married to Cynthia Bailey. Despite that relationship being over, Peter still appears on the show, occasionally.

Peter Thomas was a love/hate type of figure, on the show. Some people really liked him, but almost everybody hated how he kept getting into the girls’ business. That very trait led to NeNe Leakes calling Peter a “b*tch,” temporarily costing her Cynthia’s friendship.

Meanwhile, in the present day, Peter Thomas is dealing with the backlash from his arrest. By now, it goes without saying that there is no chill on the internet, so Peter easily became a meme. The reality TV star is now freed from jail and he took to his IG to express how much he enjoys his freedom.