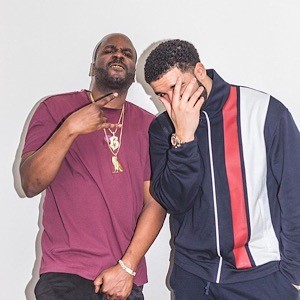 At the top of the year, Drake and Tory Lanez announced the two will be hitting the road together after they put aside their beef. The two multifaceted artists are set to jet out to the United Kingdom for their joint Assassination Vacation Tour which is kicking off March 10th in Manchester. They are stopping in major UK markets such as, England, Ireland, The Netherlands, and more.

The opening acts for the tour hasn’t really been a topic of discussion until now.  To no surprise, Drizzy is supporting his artist and bringing him along. According to the 6 God’s PR team, Baka Not Nice will be joining Tory Lanez and Drake on tour in the United Kingdom. The OVO Sound artist recently got off the Aubrey & the Three Migos Tour, performing at many of the shows. Tonsee him tagging along again isn’t a shock. Baka has also enjoyed success with his song “Live Up To My Name,” and is  gearing up to release new music in the coming months.

Meek Mill says you don’t owe your family or friends anything after success #TheShopHBO [VIDEO]
Mo’Nique blasts Oprah and Gayle King, for their interviews with Michael Jackson accusers, and with R. Kelly, accusing them of tearing down black men, and Oprah of being fake for that last hug she gave her, at an industry event, and said “when I look at you, I see nothing but me” [VIDEO]