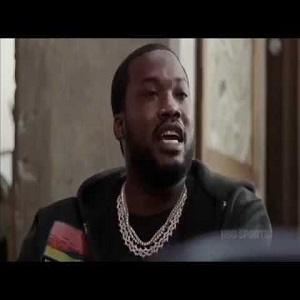 Not even Meek Mill had a comeback that could match Tyga, but he’s accepted as one of the game’s biggest stars, again. Everybody, including Drake, rocks with Meek Mill, as they should. Dude is dope and his album, Championships, is a good body of work.

Meek Mill spoke a lot about success, on his newest album. Much of this is chronicled on “What’s Free?,” the Notorious B.I.G. sampled record, featuring Rick Ross and Jay-Z. Back on top, Meek Mill shared one secret to his overall success.

During his recent appearance on HBO’s “The Shop,” Meek Mill sat down with LeBron James, Jerrod Carmichael, Anthony Davis, 2 Chainz, and a few others, to speak about success. Providing a hot take, Meek said he feels he doesn’t owe anyone anything, after reaching success, because everybody would want something.

Rita Ora ft. 6LACK – “Only Want You” [VIDEO]
OVO Sound Artist Baka Not Nice Is Hitting The Road With Drake and Tory Lanez For The Assassination Vacation Tour