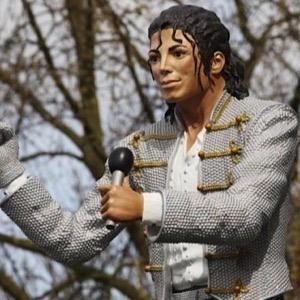 Followed by the airing of Leaving Neverland this weekend, Michael Jackson and is legacy are tainted once again. Since the HBO documentary aired, the public’s view has shifted again as radio stations worldwide began pulling his music. Although we will miss the iconic hits like “Thriller” and “Billie Jean” will no longer be played on the radio, people are no longer separating the “art” from the “artist.”

In addition to the radio ban, an MJ statue has been removed from Britain’s National Football Museum. The statue was taken down following the public’s reaction to new sexual abuse allegations, according to CNN. The MJ statue was put up inside the soccer stadium back in 2014. Even though he wasn’t a soccer player, Michael’s fan love is so vast that he can be placed inside of a soccer stadium. 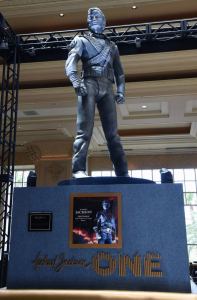 According to the stadium’s spokesperson they issued a statement describing the reasoning behind taking down the statue. The statement reads:

“As part of our ongoing plans to better represent the stories we want to tell, we have made a decision to remove the Michael Jackson statue from display.”

It seems as though Michael will never truly rest in peace as these allegations made against him by two alleged victims continue to come to the forefront. Alleged victims, James Safechuck and Wade Robson are the stars of the HBO documentary and are coming forward to speak about the abuse they allegedly suffered as children at the pop superstar’s hands. Do you think more organizations will continue to boycott Michael Jackson following the new Leaving Neverland documentary?

Young Thug spotted in the studio, wearing what looks like the controversial Gucci blackface sweater mask [VIDEO]
SM! Officer actually called for backup on black man who was only taking out the trash, at his own home [VIDEO]