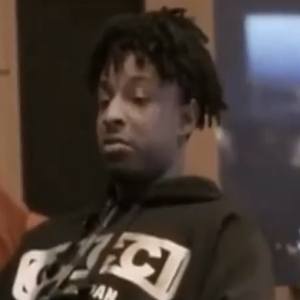 21 Savage has been established in the game since 2016 with the breakout success of his hit single “X” featuring Future. He also released his “Savage Mode” EP with Metro Boomin that summer which caught everyone’s attention. He was independent at the time but finally decided to sign with a major record label in Epic Records at the beginning of 2017.

In a new interview with DJ Akademiks, 21 revealed why he decided to let being independent go. He saw his X record go triple platinum and another single “No Heart” go double platinum, “Red Opps” mixtape go platinum and “Savage Mode” going gold so he knew he could stay independent at the time.

21 Savage saw the bigger picture though by signing with Epic. He viewed it as needing a machine to add gas to keep the fire going. He also felt that he could get connections that he or his team couldn’t get. 21 also wanted to expand his fan base by selling out arenas. He knew that just performing in clubs wasn’t going to cut it. He wants to end up getting $1 million per show.

In hip-hop, there will always be pros and cons to signing with a major label. 21 Savage worked his buzz the right way and got his money early before getting on board with Epic. He also has a good deal in owning his masters for his songs so it seems that the major label route was the best decision for him so far.

Check out 21 Savage discussing deciding to sign with Epic Records below.

Young Dolph Shrugs Off Losing $500k In Jewelry And Also Cartier Sunglasses, iPad, and MacBook – “I’m Too Blessed And Highly Favored” [VIDEO]
Hmm…Dutchess Shuts Down Claims That She’s Returning to #BlackInkCrew, Even Though The Show’s Trailer Made It Seem Like She Returned [VIDEO]