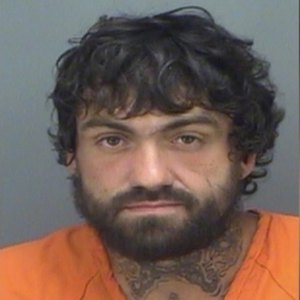 2Pac will forever be regarded as arguably the best rapper of all-time. That debate is what likely got a Florida man arrested for beating someone up and putting them in the hospital recently, according to WFLA 8.

35-year-old Thomas Statkiewicz was arrested after a debate regarding 2Pac turned physical. This all went down in the city of Clearwater. The man who suffered the injuries was sent to the hospital. The Clearwater Police Department said this fight happened at 9:45PM on March 1.

Police added that the man that was beaten up was conscious when they arrived but he couldn’t say much due to him being drunk. He had a broken nose and was taken to  Morton Plant Hospital. Statkiewicz said he fought the man to defend himself after the 2Pac debate started getting uglier.

Statkiewicz is being charged with felony battery. It’ll be interesting to see if he will soon reveal specifics about the 2Pac debate that led things to turn physical.

Continue Reading
You may also like...
Related Topics:2Pac, Thomas Statkiewicz

March 1st Officially Becomes ‘Cardi B Day’ In Houston Following Her Record Breaking RodeoHouston Show
Mystikal Rejects Plea Deal Offering Him To Plead Guilty To Felony Simple Rape; Wants To Get Case Thrown Out Before Trial In May