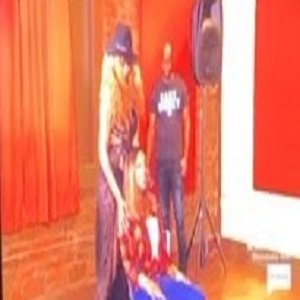 Another lingering theme, on “The Real Housewives of Atlanta,” for the past few years, has been Cynthia flirting with Kandi. The flirtation has always been a little obvious. It’s been clear, for two or three years, that if the moment happened, Cynthia would jump on it.

Earlier in the season, when two of the girls were dared to kiss, Cynthia was hoping it was her and Kandi. A few seasons ago, when Cynthia and Kenya stayed at Kandi’s, Cynthia said she hoped she would get some time with Kandi. Until now, she hasn’t had her chance.

Tonight’s episode started with Kandi auditioning girls for her dungeon, and Cynthia was present. This was Cynthia’s chance and she definitely shot her shot at Kandi. The lap dance made it clear to Twitter that Cynthia wants Kandi in the worst way, even though her dance was a struggle, but Todd’s reaction was everything!

Read the tweets about Cynthia and Kandi below: 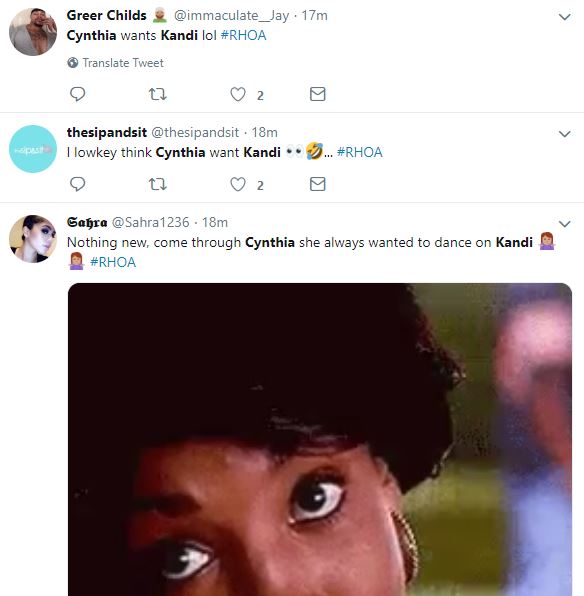 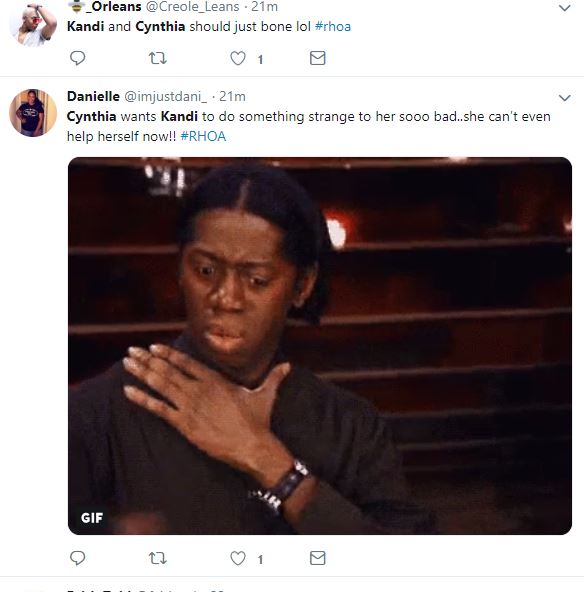 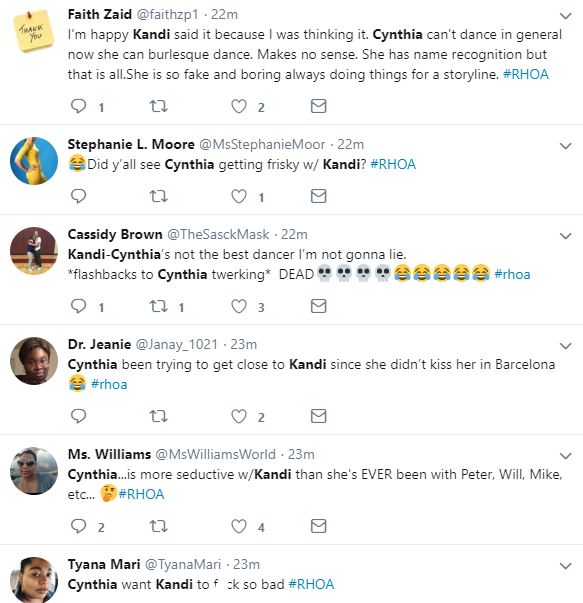 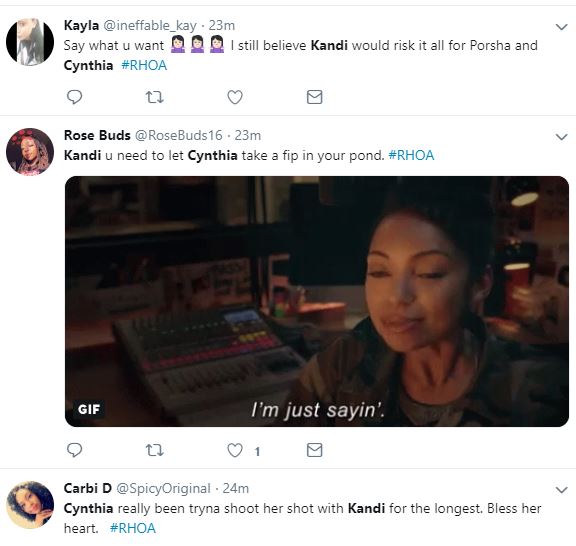