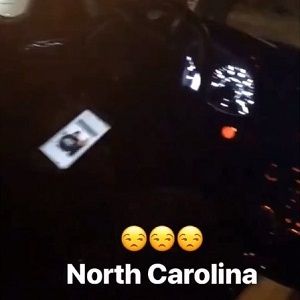 Since 2017, MO3 Badazz has been making noise, as the Dallas artist was signed with Epic Records, at one point. With his buzz building, the budding star is getting booked all over the place. Recently, he was booked to do a show in Charlotte.

In the eyes of many, Charlotte is the next major hip hop city. Due to the culture, there, people are comparing the city to Atlanta. Definitely, the possibility is there, and there are countless similarities between the two cities, but Charlotte only has Da Baby, in terms of stars.

MO3 got plenty of love in Charlotte, but the police were not among the people. Because of his show, the cops were there, and they did their research. Due to the “2 Nineteen” music video, the cops chose to detain and search MO3 twice, with him sharing the experience on his IG Story.

Kylie Jenner Says She Hasn’t Broken Up With Travis Scott And Wants To Try To Work Things Out After Accusing Him Of Cheating
Damon Dash buys controlling interest in ex-wife, Rachel Roy’s, company and announces the deal on his Instagram [PHOTO]