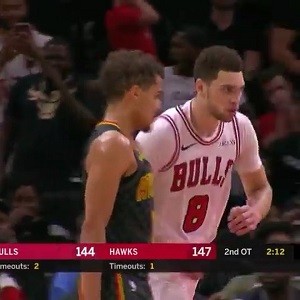 Two bad teams, one good game, not knocking the Atlanta Hawks, or the Chicago Bulls. Both teams have bright futures, and tonight, they showed just what the future can be. The strong play of Trae Young and Zach LaVine definitely drew the people in.

Tonight, the Hawks and Bulls decided to make history. Double overtime, and even triple overtime, has become common, in the current NBA landscape. However, quadruple overtime is one of those things that just doesn’t happen, often.

Ultimately, tonight ended up being the rare night that the NBA was gifted with a quadruple overtime game. This was a Chicago Bulls win, but fans loved the show Trae Young put on. All of the highlights from tonight’s game, mainly Zach LaVine’s dunk in the second overtime, have Twitter buzzing.

Read the “Hawks and Bulls” tweets below: 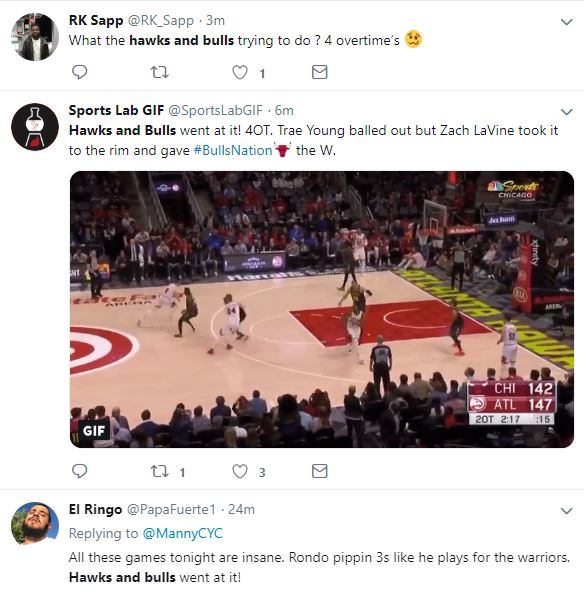 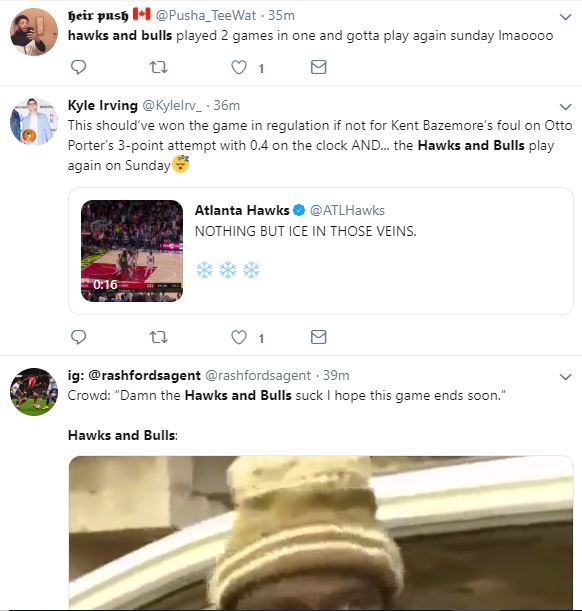 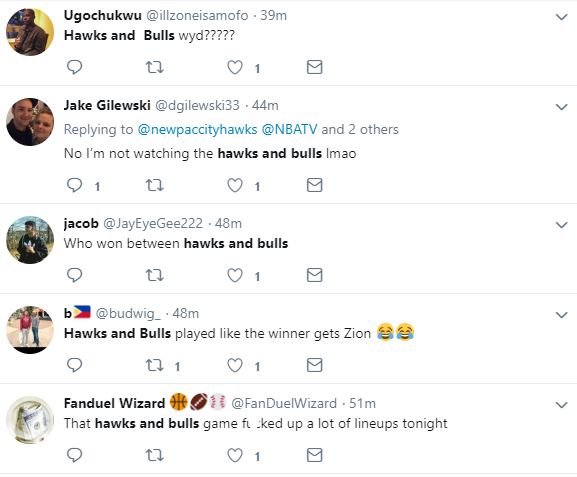 San Francisco Giants CEO Larry Baer Involved in Public Physical Altercation With Wife; Caught On Video By Bystander
Masika owned all timelines, showing off her booty in IG post, and owned all haters with her clapbacks #LHHH #GUHHATL [PHOTO]