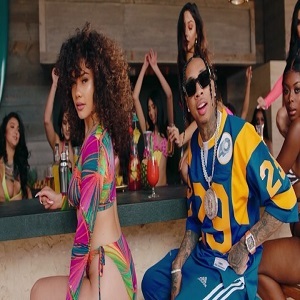 It looks like the Khloe Kardashian drama is spilling into the entire family, which has enough drama, already. In many ways, the family is still reeling from the Tyga/Blac Chyna drama. Five years ago, Tyga was with Blac Chyna, raising their young son, and Kim was Chyna’s friend.

Soon, all of that changed, when Tyga and Chyna abruptly split, and he began spending time with Kylie Jenner. Waiting to confirm their romance, Tyga and Kylie went public a year later. Not to be outdone, at all, Chyna got with Rob Kardashian, had his baby, and did a show.

In 2017, Blac Chyna left Rob and Kylie broke up with Tyga, quickly getting with Travis Scott. Since the birth of their baby, Stormi, many have claimed Tyga is the baby’s father, and reports said he even requested a DNA test. Now, fans are creating their own theories of how Kylie and Travis’ baby is really Tyga’s.

Read the tweets about Tyga, Kylie, and Travis below: 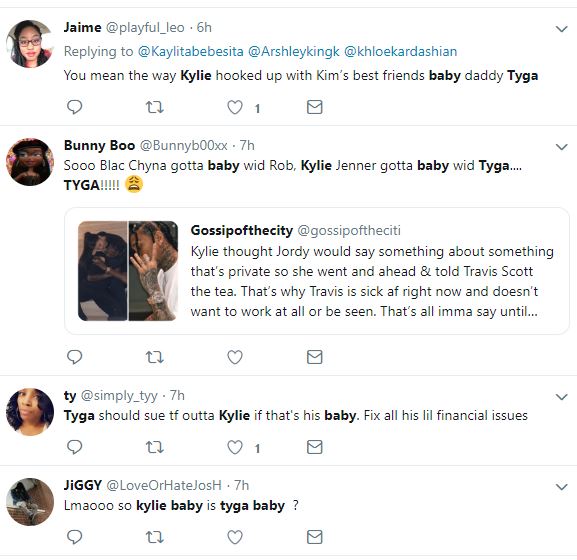