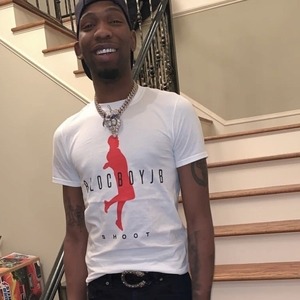 A few days ago, BlocBoy JB turned himself into the Shelby County Sheriff’s Office after being wanted for possession of drugs and drug paraphernalia, being a convicted felon in possession of a handgun and for theft of property. He was wanted by police for over a week. Specifics of when the committed crimes for these charges still haven’t been disclosed.

Now, JB is free after he posted to his Instagram Story saying that he’s not in jail anymore. His bond amount was $50,000. JB broke out last year with his hit single “Look Alive” featuring Drake and his “Simi” and “Don’t Think That” mixtapes.

Continue Reading
You may also like...
Related Topics:blocboy jb

2 Chainz talks new album, LeBron James, Ariana Grande, and more on “The Breakfast Club” [VIDEO]
Suns? Lakers are about the lose to the Suns and their fans are HEATED; Fans say they won’t watch again, if Lakers lose to 12-51 Suns #LakeShow