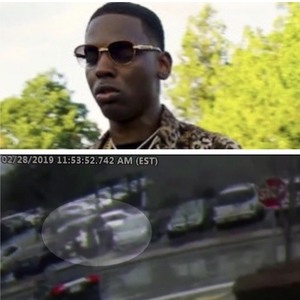 A few days ago, Young Dolph said he’s closing out Black History Month by saying he came into hip-hop with more money than any rapper that’s touched a microphone. A lot of people must’ve gotten the memo as his Mercedes-Benz SUV was broken into at a Cracker Barrel in Fairburn, GA. $500,000 worth of jewelry, cash and other items were seized.

Dolph and a friend were inside eating when a Cracker Barrel employee told him about the robbery. Assistant Police Chief Anthony Bazydlo said to WSB-TV that robbers went into the car three separate times. Dolph lost a Patek Phillippe and Richard Mille watch, a glock, two chains, MacBook, AirPods, and more.

Dolph has been a target for sure over the last few years. In April 2017, his van was shot at 100 times while he was in Charlotte. He did end up getting shot in Los Angeles that fall but recovered quickly.

Continue Reading
You may also like...
Related Topics:young dolph