Skip to content
You are here
Home > Articles > Khloe Kardashian Takes to Twitter To Blame Jordyn Woods For Breaking Up Her Family, Not Tristan Thompson Who Has Cheated More Times Than We Can Count 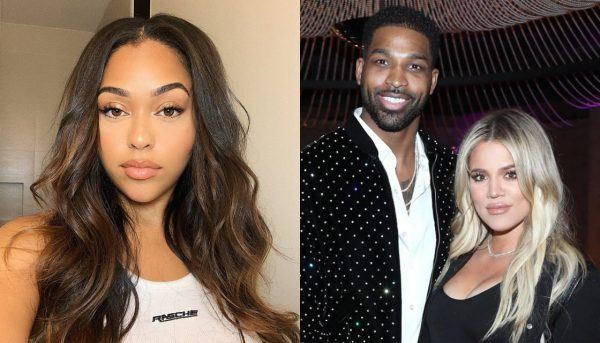 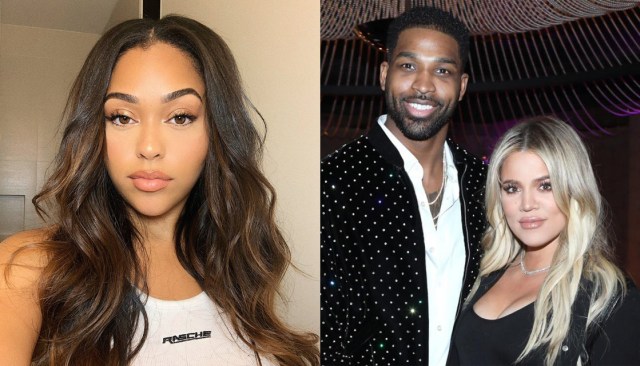 Khloe Kardashian should’ve just sat there and watch ‘Red Table Talk’ in peace. She is currently getting dragged by her clip ins for blaming Jordyn Woods for breaking up her family, not Third Trimester Tristan Thompson.

Why are you lying @jordynwoods ?? If you’re going to try and save yourself by going public, INSTEAD OF CALLING ME PRIVATELY TO APOLOGIZE FIRST, at least be HONEST about your story. BTW, You ARE the reason my family broke up!

This tweet came after Jordyn spoke her truth about what happened the night that Tristan kissed her. But many fans are wondering when is Khloe going to place the blame on Tristan. We have seen the Kardashian sisters and friends rip Jordyn to pieces since the allegations surfaced, but they’ve all been very quiet about the serial cheater that is Tristan Thompson. 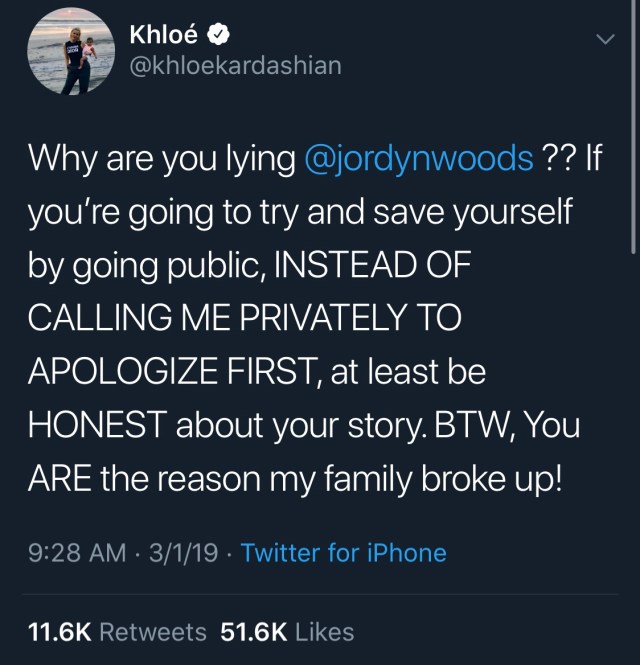 Take a look at some twitter reactions to Khloe blaming Jordyn.

Did you call his first baby mama and apologize to her? https://t.co/aaUbiaawBT

Khloe's gargantuan ass BEEN broke up with Tristan but couldn't spin it in the media until some tea spilled on Jordyn. Now she's tweeting nonsense. What a bird!

Us trying to show Khloe Kardashian that her husband Tristan Thompson is the reason her family broke up for cheating on her multiple times and not Jordyn Woods pic.twitter.com/DkPFwmN4Vf

I don’t know who needs to hear this, but stop blaming the other woman, and start blaming YOUR man.