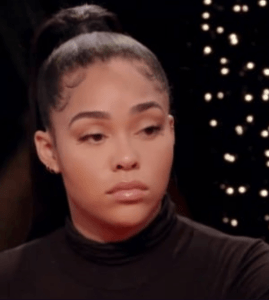 It’s been a tough for week in the news for socialite Jordyn Woods. Since the Tristian Thompson cheating scandal broke out, Woods has been the target of social media backlash and vitriol. She was laying low for the most part, allowing the media cycle to run it’s course regarding her namesake along with the Kardashians. However, things got shaken up a bit when she teased her appearance on Jada Pinkett Smiths Red Table Talk back on Tuesday.

While many speculated that she was going to be spilling some behind-the-scenes Kardashian family secrets, Woods actually took the time to address the actual events which transpired and express her remorse towards Khloe and the Kardashian family.

Run down of what happened, according to Jordyn.

-Woods was out at dinner with friends. They later went to a birthday party at a bar. Tristian Thompson also happened to be there.

-After the bar, Woods and party relocate to Tristian Thompson’s house. Claims it just happened and it wasn’t even like Tristian personally invited her.

-She wasn’t aware of phones being taken away, claims she didn’t make that demand.

-Refutes claim of giving him a lap dance. Didn’t go to a bedroom or private area alone with Thompson.

-Explains that she was sitting on the arm of the chair that Tristian was sitting in, and she had her legs laying across his.

-After noticing sunrise was approaching, she was on her way out. That is when Thompson kissed her.

Throughout the interview Woods explained that she should never have put herself in that situation to begin with. (Even though Tristian played a part in it as well by kissing her unexpectedly). It is commendable that she is taking this route and wholeheartedly choosing to be accountable for her lack awareness, behavior, and decisions, without looking for any sympathy or outside validation. She explains her reasoning for appearing on Red Table Talk. She states that because of her close connection to Jada and the Smith family, Red Table Talk would be a nonjudgemental space for her to tell her truth. And to clear the air and stop some of the harassment that’s been aimed at her family.

#PressPlay: #JordynWoods admits to being drunk and says that #TristanThompson did kiss her!! (📹: @redtabletalk) 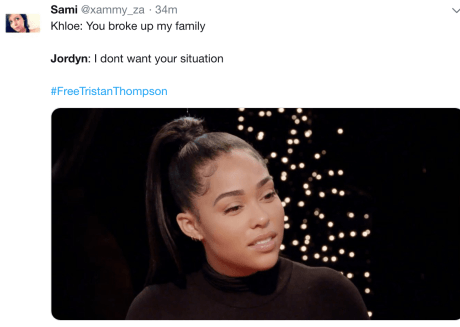 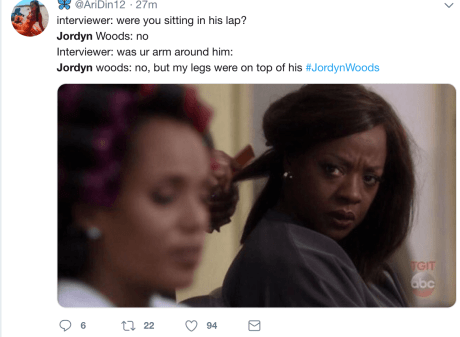 “How many times will Tristan Thompson cheat before Khloe breaks up with him” #Jordyn #JordynWoods pic.twitter.com/23Cv0ffE9J