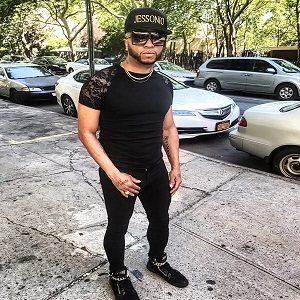 Hip hop was born in New York City and, whether people acknowledge it or not, it lives on in New York City. Yeah, there is no denying Atlanta’s grip on the game, or even Miami. But, Cardi B keeps coming with hits, and she’s from The Bronx, the real birthplace of hip hop.

Jessonio is also a young NYC artist that’s making his presence felt. He is on the verge of having his music all over the place. Thus far, he’s off to a great start, with his single, “Shake Dat Azz,” being on all the streaming platforms, making noise.

Who are some of the people you have been working with on your new music? Geraldi Rodriguez, from Soundproof Studios, in NYC.

Are you waiting to see how well your single does, before you drop another project? No, because my goal is to release new music every month or twice a month. Keep that grind going.

Now that 2019 is in full swing, do you feel as if you are getting the most out of this year? So far, so good. I started my own independent label, called JESBU Records. I released my first official single, called “Toast to The Haters,” earlier this year, and I release my second single, called “Shake Dat Azzz,” last week. Both singles are streaming on Spotify, Tidal, Apple, and other streaming platforms. I am super happy about it, and grateful.

What is the next move you have in store? I will continue writing, producing, composing, sing/rap, and releasing new music. I have a showcase in April 18, 2019 at SOB’s NYC and continue will to grow as an independent artist, perform, plus become mainstream.