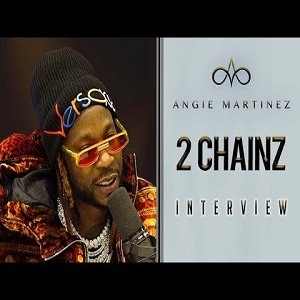 Currently, 2 Chainz is the focal point of the game. The Atlanta veteran blew up, back in 2011, when he chose to make moves on his own. At his original label, DTP, 2 Chainz was definitely underutilized, so he went on a run, with the mixtapes.

Going from Tity Boi to 2 Chainz, he bought himself out of his deal, and soon Def Jam was there with a deal. Instead of signing an artist deal, he did a joint venture for his TRU label. Since then, 2 Chainz has dropped four albums.

2 Chainz stopped by Power 105.1, earlier this week, where he would speak to Angie Martinez. There, he talked about his wedding, which took place at the Versace mansion. The  ATL legend also discussed meeting Dr. Dre and his work with Ariana Grande, on the album.