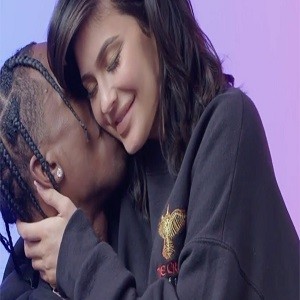 Kylie Jenner has been going through some drama in the Kardashian clan over the last few weeks as her best friend Jordyn Woods allegedly messed around with Tristan Thompson. This is another incident where he cheated on Khloe Kardashian.

Jenner might be on the wrong end of cheating as well, according to TMZ. Travis Scott canceled his Astroworld Tour show in Buffalo, NY tonight because he stayed in LA to handle things with Jenner after being accused of cheating. Jenner is claiming that there’s been “evidence” of cheating.

To no surprise, Scott’s reps are saying that he’s denying any involvement in cheating. It’s still ridiculous that Scott had to miss out on a huge bag of show money tonight because of this drama. More information should develop of this cheating accusation over the weekend though.

BlocBoy JB Turns Himself Into Police For Possession of Drugs and Drug Paraphernalia, Being a Convicted Felon In Possession Of a Handgun, and Theft of Property
SZA falls down a flight of stairs, while trying to take a selfie! [VIDEO]