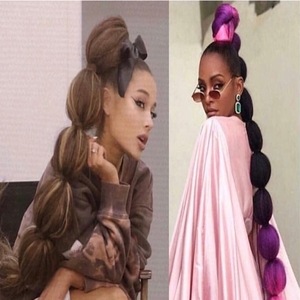 Ariana Grande has been rocking a new hairstyle which features a unique ponytail look. BET’s Twitter account gave some high praise for her and said in addition to her having the most Instagram followers, that her ponytail is being copied by many people, including former Bad Boy Records artist Dawn Richard.

Richard wasn’t feeling BET at all for this comparison as she felt it was disrespectful to pit females against each other along with black women. She also felt that BET made it look like black women are followers.

Richard also believes that BET is saying this while at the same time, never supporting her music. She points out that BET doesn’t acknowledge that she’s a black woman trying to break barriers in animation and advancing technology. Richard concluded by pointing out BET not doing any of this but they made sure they posted her ponytail that she wore weeks ago.

Check out BET’s now deleted tweet about the Ariana Grande-Dawn Richard comparison and Richard’s tweets clapping back at them below. 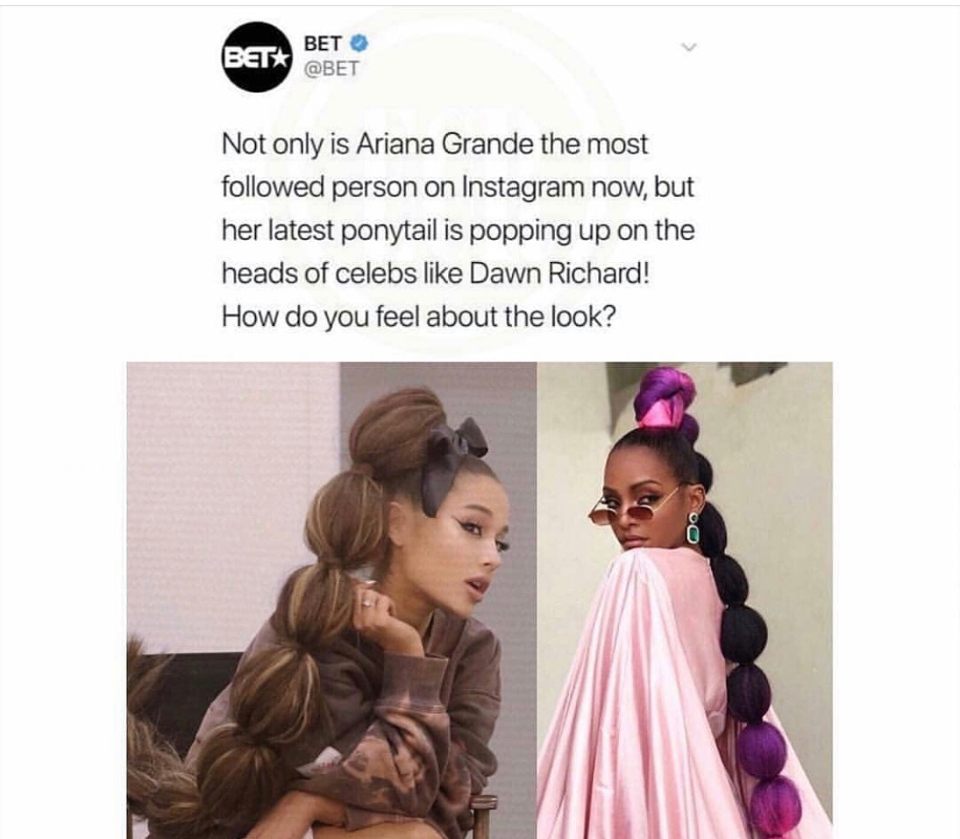 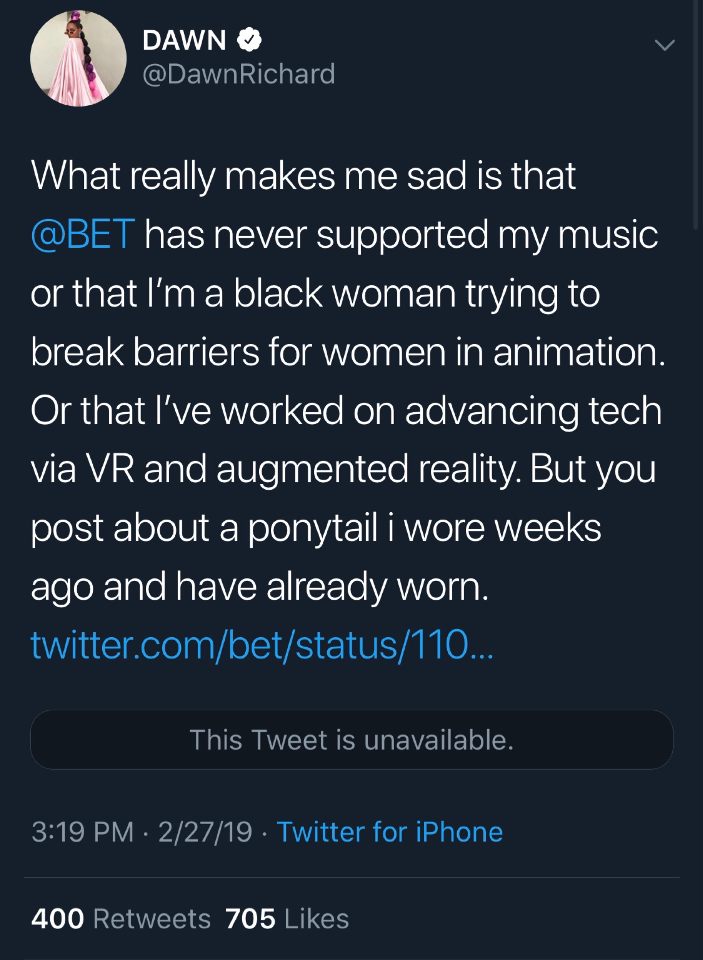 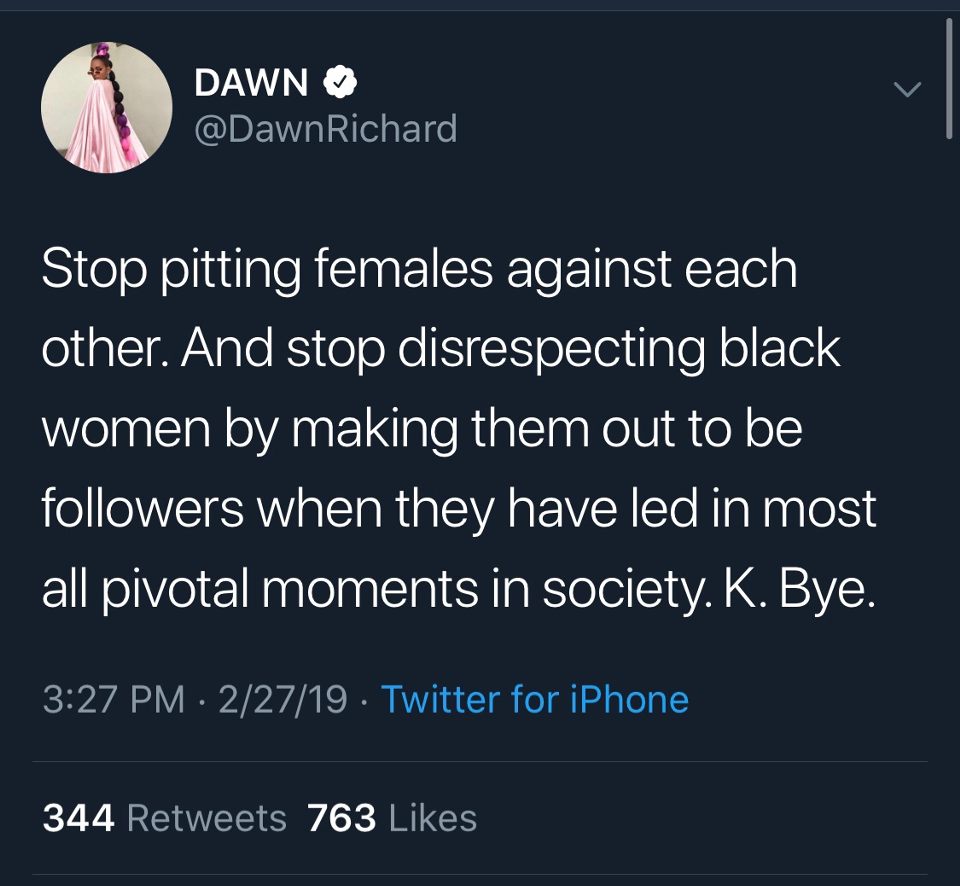 T-Pain Says Soulja Boy Is The Greatest Artist Of All-Time; Still Wants Soulja To Put Out The Quality Of Music To Back It Up [VIDEO]
Baby Soulja has died, according to reports, and fans on Twitter are mourning him, but the good news is that none of it is true; BABY SOULJA is alive and hospitalized, his IG was hacked