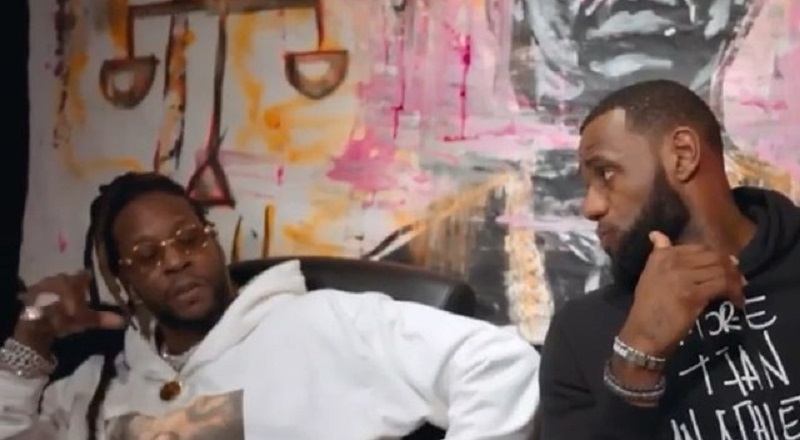 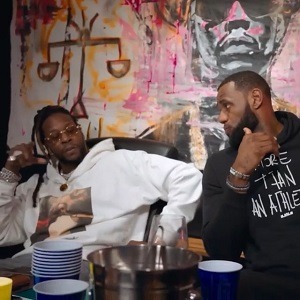 In the early 2010s, 2 Chainz made a name for himself, delivering hit and after hit. Most people, now, don’t even remember his start on DTP, where he was known at Tity Boi, one half of Playaz Circle. A lot has changed, since then, but “Duffle Bag Boy” remains a classic.

2 Chainz would fade from the spotlight, following his early 2014 EP, but returned in 2017. The momentum was not the same, as his music didn’t dominate radio the way it once did. Since the landscape is different, he decided to be different.

Fans on Twitter are hyped for 2 Chainz’s new album, Rap or Go to the League, plus his rollout. All over Twitter, there is hype for his upcoming interview with LeBron James, on Apple Music. The fans say they are beyond blessed to have him and Solange dropping on the same night.

Read the tweets about 2 Chainz below: 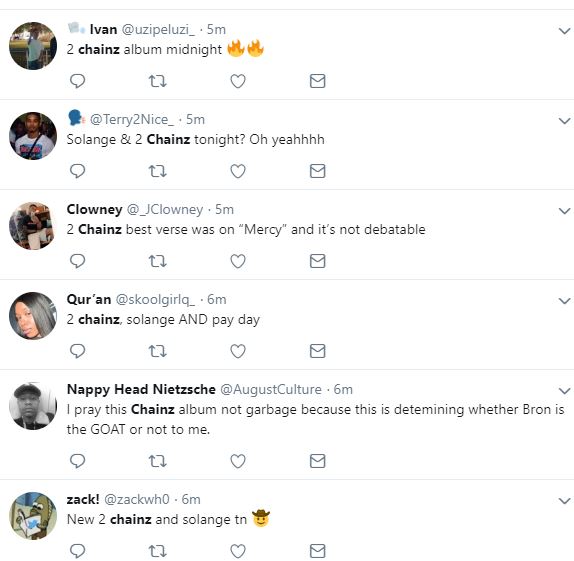 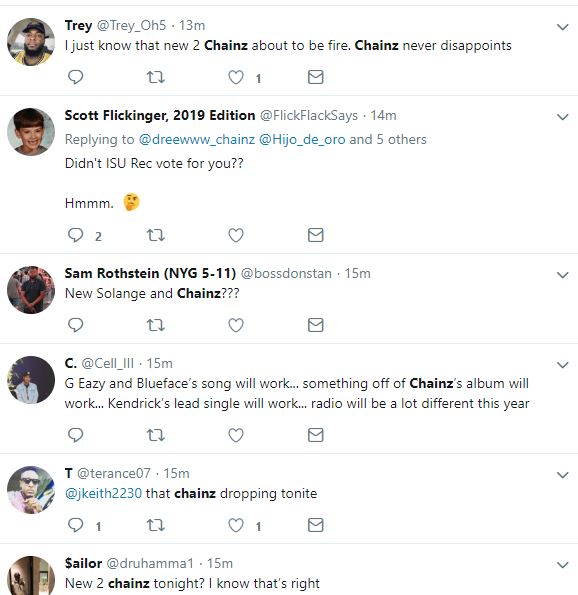 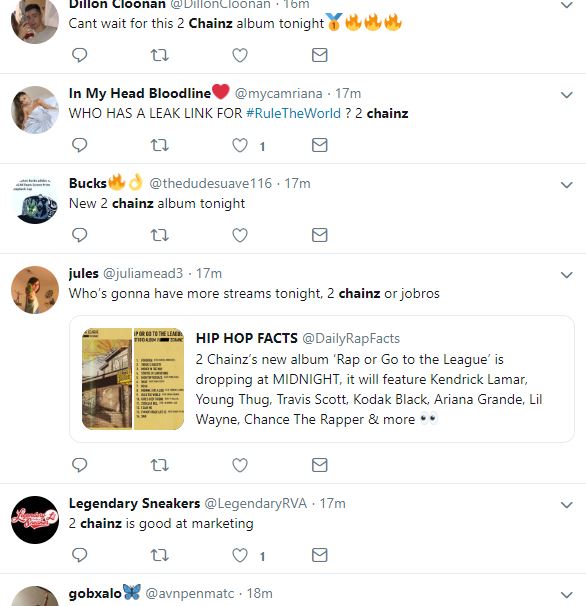 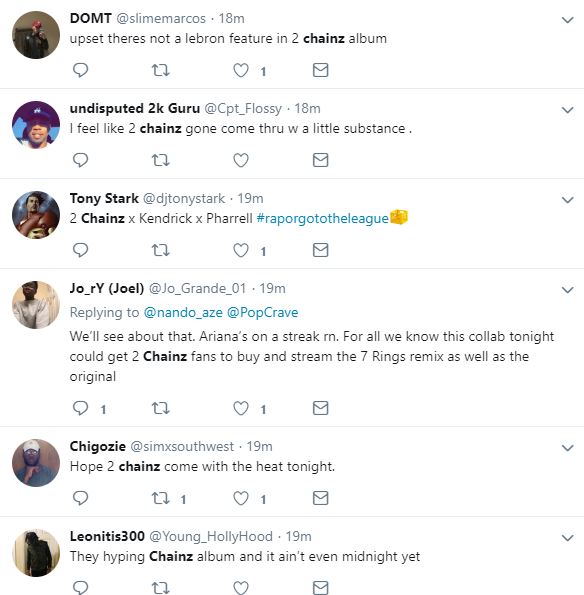 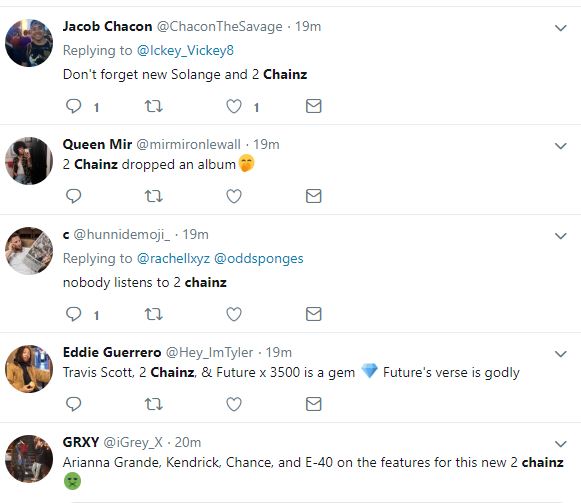