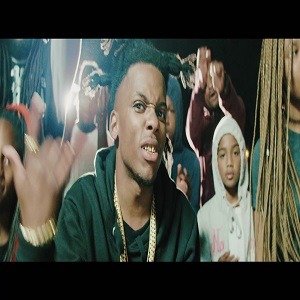 Another morning waking up to another death, would have been terrible news. The promising young rapper, Baby Soulja, has been in the hospital for three days. His last IG post is actually him laying in the hospital bed.

Initial reports claimed Baby Soulja was robbed and that’s what led to him being hospitalized. However, further research points to a car accident that led to his hospitalization. Now, there is sad news to deal with, only days after Baby Soulja went viral.

Baby Soulja went on IG Live, calling out his girlfriend for cheating, kicking her out. Already, people knew his music, but that moment helped cement him as a rising star. Unfortunately, Twitter is now mourning the rapper, in the wake of his death, which thankfully is not true, so fans can keep praying for his healing.

Read the tweets about Baby Soulja below: 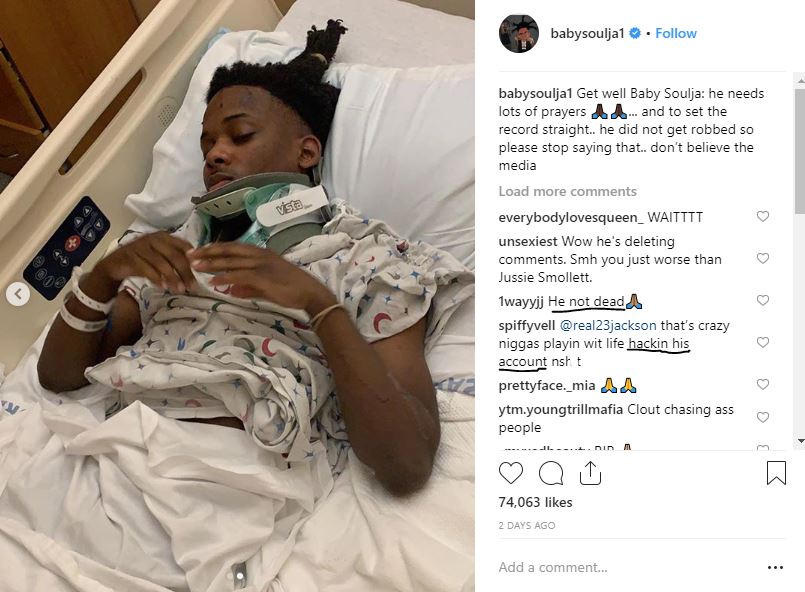 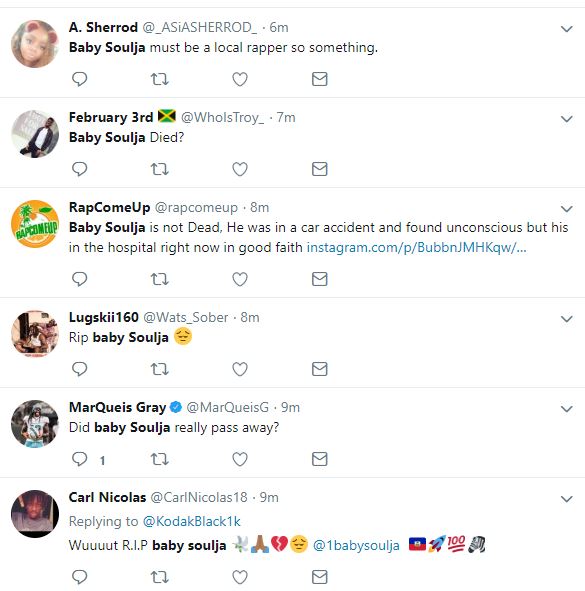 Dawn Richard Puts BET On Blast After They Tweeted that She’s Following Ariana Grande’s Ponytail Hairstyle – “BET Never Supported My Music Or That I’m A Black Woman Trying To Break Barriers” [PHOTOS]
Alissa Perry, a Charlotte, Florida high school teacher, was brought to tears, after being forced to remove her Colin Kaepernick poster for Black History Month, because some students found it “offensive” #BlackHistoryMonth [VIDEO]